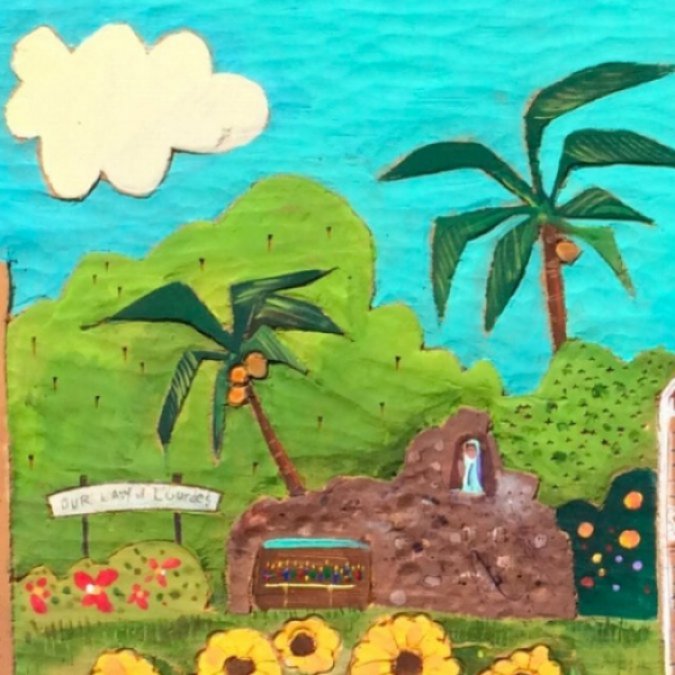 Have you heard of Mario Sanchez? He's considered one of the most significant Cuban American folk artists of the 20th century.

In March, The Studios of Key West celebrates Sanchez’s legacy as seen through the work of Keys’ artists with an exhibition entitled “Living Traditions: The School of Mario Sanchez.” The public is invited to an opening reception during the “First Thursday” event on March 5th from 6-8pm at The Studios.

With his colorful and highly detailed wood carvings depicting scenes of old Key West, Mario Sanchez (1909-2005) is not only one of Florida’s cultural treasures, he also passed down a tradition that lives on today.

Wayne Garcia is one Key West artist who has been deeply inspired by Sanchez’s work. “This type of art is pretty unique to this island,” says Garcia, “Not only the intaglio, but how we used the images as a way to show our history.”

It was the early 80s, and Garcia was helping his father with a carpentry job when he first saw Mario Sanchez working on a piece of art in his yard in Old Town. Fascinated by the process, Garcia was soon creating his own Key West scenes in wood. Now a lifelong artist, Garcia wanted to organize an exhibition of artists who celebrate the island’s history and iconic imagery.

While artist Andy Thurber admires Sanchez’s masterful technique, he says it’s his ability to create a narrative with the wood that really makes his work stand the test of time.

“Mario shows you exactly what it was like to live back in the day; you can practically feel the island’s old brick roads running through his intaglios,” says Thurber. “I grew up in the 70s, so mine was a different era, but I‘m hoping old timers will appreciate seeing Frank’s Fancy Fruit Stand and The Old Fisherman’s Cafe again. And who knows, maybe even Bum Farto will make an appearance.”

The exhibition will remain on view through March 26 in the XOJ gallery. The Studios of Key West is located at 533 Eaton Street. Gallery hours are Tuesday-Saturday, 10am-4pm. Find more information at www.tskw.org.