Stop the Presses! Fake News and the War of 1898 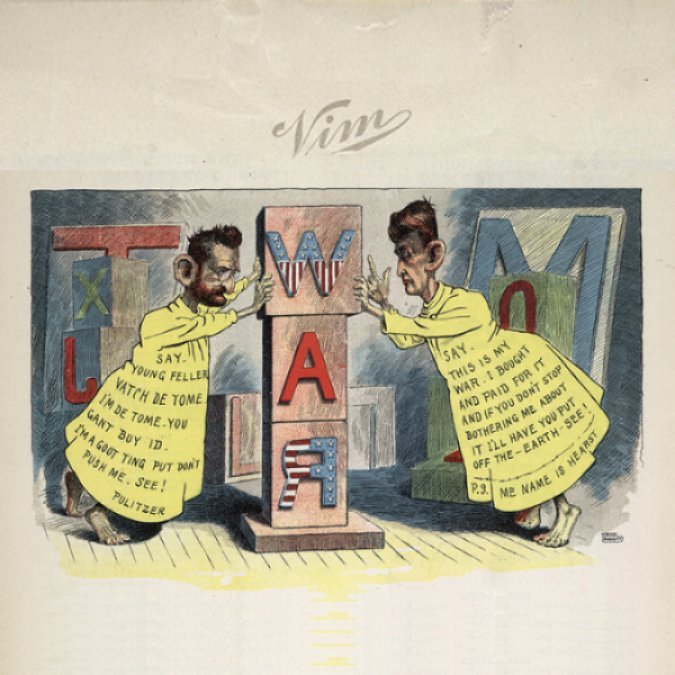 Stop the Presses! Fake News and the War of 1898 to Open at the Plant Museum

On March 18, 2022, a provocative new exhibit will open at the Henry Plant Museum. Stop the Presses! Fake News and the War of 1898 explores yellow journalism and the work of famous war correspondents such as Richard Harding Davis and Stephen Crane. This exhibit is curated by Dr. Charles McGraw Groh of The University of Tampa and will run through December 23, 2022.

“You furnish the pictures. I’ll furnish the war!” This famous phrase, attributed to William Randolph Hearst, owner of the New York Journal, remains firmly ensconced in our collective memory of the Spanish- American War. Did Heart really make this boast to the artist Frederic Remington? More importantly, did the flamboyant journalistic exploits and provocative images associated with “yellow journalism” contribute to the U.S. declaration of war against Spain in 1898? To answer these questions, this exhibit retraces the steps of Richard Harding Davis, Stephen Crane, Remington, and other war correspondents from New York to Tampa and Cuba. It offers the rare opportunity to view first-hand original Remington artwork, correspondence, and artifacts from events such as the explosion of the USS Maine and the Battle of San Juan Hill.

Richard Harding Davis dubbed the month that U.S. Army officers, foreign attachés, and correspondents spent at the Tampa Bay Hotel “The Rocking-Chair Period” of the war. Days stretched into weeks as Davis impatiently awaited transportation to Cuba. More distressing, he claimed that rival reporters at the hotel simply made-up stories – or at least exaggerated them – to satisfy their news-hungry editors in New York. Stop the Presses! documents the wartime experiences of journalists in Tampa through original letters, 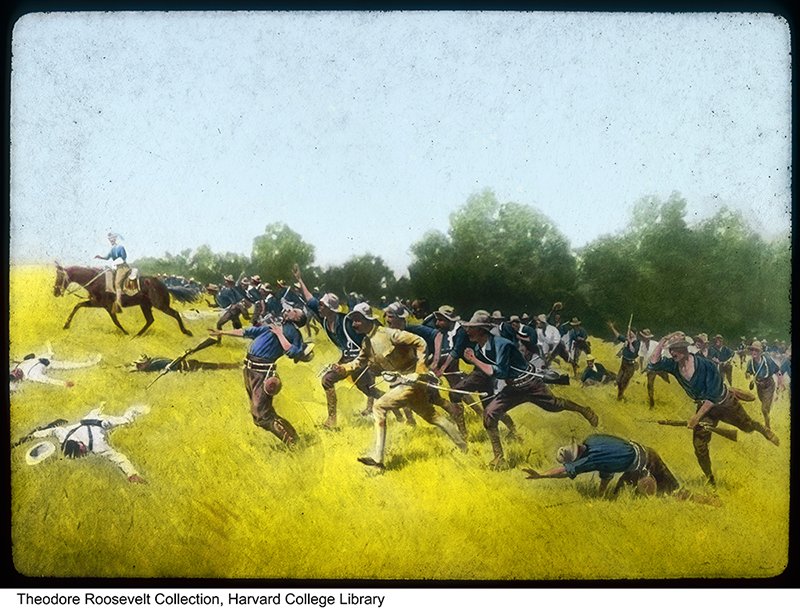 Although reports of the influence exercised by Hearst and Joseph Pulitzer over U.S. foreign policy have been grossly exaggerated, the techniques and technologies that underwrote yellow journalism helped shape modern newspapers. They featured the first color comic strips and pioneered photojournalism. The exhibit features original images by comic artist Richard F. Outcault, creator of “Yellow Kid,” the fictional character whose name became synonymous with the visual style of the New York World and the New York Journal. In the end, most journalists and editors rejected the journalistic excesses of these two newspaper rivals. The exhibit showcases the role played by small-town and rural newspapers, the black press, and other media in balancing coverage of the U.S. military intervention in Cuba. Their affirmation of the Fourth Estate offers a timely reminder that, despite concerns over the negative impact of social media and “fake news,” professional journalism remains integral to our society. Stop the Presses! Fake News and the War of 1898 opens on March 18 with a members’ reception on the veranda. It will be followed by “The Rocking-Chair Report: War Stories from the Tampa Bay Hotel” a talk by Guest Curator Charles McGraw Groh, Ph.D. Underwriters are The Beck Group, Franklin Street and Hill Ward Henderson.