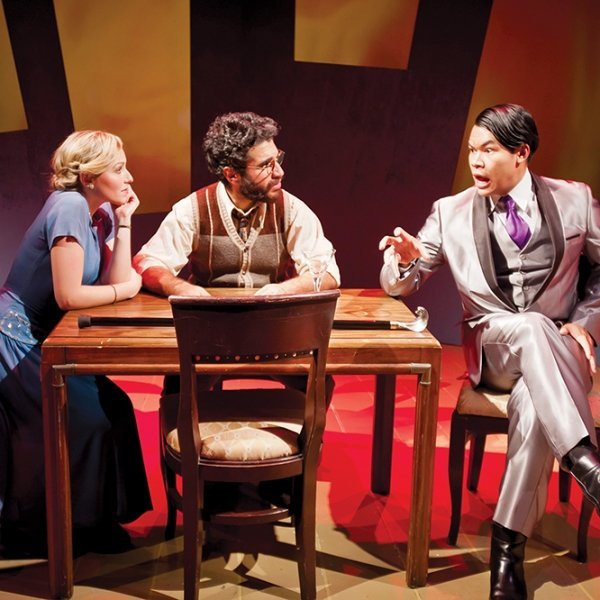 New World School of the Arts, Miami's premier arts conservatory, once again presents its most acclaimed event of the year, Rising Stars Showcase, in celebration of the school's 30th Anniversary. This high-energy, Broadway-style extravaganza is an unmatched platform to highlight distinguished alumni who have returned home this year to recognize the school's success and to share their own career achievements in Dance, Music, Theater, and Visual Arts. This showcase is also the perfect venue for the community to experience the artistry that is fostered and nurtured at the downtown arts conservatory.

If you haven’t experienced a performance by New World, it’s time you do! You will experience exceptional talent. It’s likely that you will enjoy a performer just on the brink of being famous. This exciting program includes a vibrant and diverse art exhibition at the New World Gallery, followed by performance excerpts of renowned works in dance, music and theater at the Olympia Theater, capturing the artistic heart and soul of its guests.

The three educational institutions that made NWSA a reality more than three decades ago, Miami-Dade County Public Schools, Miami Dade College and the University of Florida, will be recognized on-stage. Also honored will be Bank of America - an institution that has demonstrated its commitment to NWSA and support of arts education in the community since New World School of the Arts opened its doors in 1986. The evening will culminate with a grand VIP 30th Anniversary Celebration at New World School of the Arts, where VIP ticket holders, including art enthusiasts, supporters, friends and family, will be welcomed to join New World School of the Arts in a champagne toast for many more years of academic and artistic success.