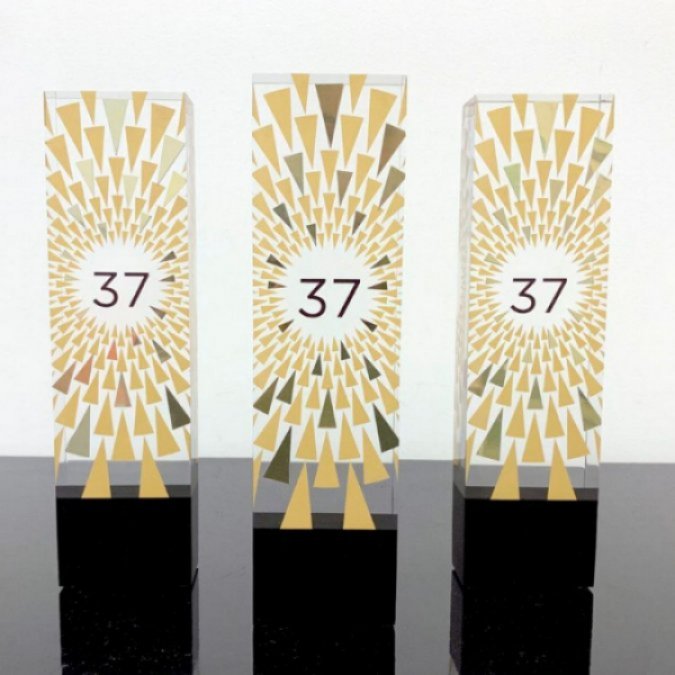 COVID-19 put a halt to much of the Arts World. Miami Film Festival was set to begin March 6th and ended prematurely for everyone’s safety. Fortunately, they were able to screen 80% of the films programmed.

After working with the different jury members remotely, MFF were able to announce the Winners for all of the Competitions! Despite the craziness, they were able still honor filmmakers for their creativity, hard work, and dedication to the arts.

When Liberty Burns, an incisive look at Miami’s infamous 1980 race riots in Liberty City stemming from the fatal police beating of Arthur McDuffie, directed by Dudley Alexis, has won the $30,000 Knight Made in MIA Feature Film Award, the most anticipated prize of the 37th edition of Miami Dade College’s acclaimed Miami Film Festival. The Festival opened March 6 and closed prematurely on March 12, and after the Festival’s gala awards ceremony originally scheduled for March 14 was cancelled due to public health concerns, Festival awards are presented virtually today.

Supported by the John S. and James L. Knight Foundation, the Knight Made in MIA Award is for feature-length films of any genre that are shot and set in south Florida, made by filmmakers from anywhere. The winning film was selected by jury members Stephen Arboite, Rachel Bleemer, and Kevin Chinoy.

La Llorona, directed by Jayro Bustamante, lead produced by La Casa de Produccíon of Guatemala in co-production with Mexico, and distributed in the US by Shudder, has won the $40,000 Knight MARIMBAS Award, supported by Knight Foundation, and given to the film that best exemplifies richness and resonance for cinema’s future, named for the marimba, a variation of the xylophone that produces a deeper, richer and more resonant tone. “La Llorona’s unique combination of genres, history and folklore creates a compelling cinematic narrative that encompasses the spirit of the Knight MARIMBAS Award,” said jury members Álvar Carretero de la Fuente, Rupert Lloyd and Elena Manrique.

The Festival’s Toyota Narrative Feature Film Audience Award goes to 90 Minutes, a portrait of contemporary Honduras through the lens of its societal obsession with soccer, directed by Aeden O’Connor Agurcia, and the newly-created Toyota Documentary Feature Film Audience Award goes to Magnolia Pictures’ The Fight, depicting the struggles of a quartet of ACLU lawyers as they work on hot-button issues of our times, directed by Josh Kriegman, Elyse Steinberg and Eli Despres. The Audience winners were chosen from the 45 narrative and 21 documentary feature films in the Festival’s official selection that had screened publicly before the 37th edition was closed after the March 11screenings, four days ahead of its original scheduled conclusion.

The $10,000 HBO Ibero-American Feature Film Award goes to Los Lobos, lead produced by Animal de Luz Films of Mexico and directed by Samuel Kishi. “Beyond being a timely immigration story from Mexico that the world needs to see, Los Lobos is the intimate journey of a Mother taking her two young sons to find a ‘better life’. As Lucia goes to work each day, what could have been a claustrophobic and cliché film about her two young boys left alone in the apartment is anything but. From the cassette recorder that plays the ‘House Rules’ to the captivating performances elicited from the adorable child actors, writer/director Samuel Kishi Leopo draws us in to this very private (semiautobiographical) story. Martha Reyes Arias is beautifully unassuming as Lucia – she pays her way, cleans a space for her boys, finds patience and love for them each night when she returns from work, and ultimately a de facto family. We are struck by the intimacy, the efficiency of execution, the subtle choices and of course the hopeful, yet honest ending,” said jurors Maxine Bailey, Agustina Chiraino and HBO VP Leslie Cohen of the film, which received its North American Premiere at the Festival.

The $10,000 Jordan Ressler First Feature Award goes to Chilean filmmaker Gonzalo Maza for his directorial debut, This is Cristina (Ella es Cristina). The Award is sponsored by the family of the late Jordan Alexander Ressler, an aspiring screenwriter and Cornell film studies graduate who died in a tragic hiking accident at the age of 23, before realizing his dream. This year’s selection was chosen by jurors Florencia Jimenez-Marcos and two previous winners of the Jordan Ressler Award, filmmakers Leticia Jorge (Tanta aqua, 2013) and Naji Abu Nowar (Theeb, 2015). The International sales agent FiGa Films represents both Los Lobos and This is Cristina for worldwide sales.

The Zeno Mountain Award, a $5,000 cash prize funded by Miami-based Fringe Partners, seeking to reward a film of any length or genre in the Festival’s Official Selection which helps break down barriers to our understanding of people living with disabilities, goes to Netflix and Higher Ground’s Crip Camp, directed by Nicole Newnham and Jim LeBrecht. The award was selected by two previous winners of the award, Maite Alberdi (The Grown-Ups) and Brian Blum (My Daugher Yoshiko). Crip Camp can be streamed on Netflix beginning March 25.

Sponsored by Alacran Group, the $5,000 Alacran Music in Film Award for the Best Score in the Festival goes to Nicolas Jaar for Pablo Larrain’s Ema. The jurors in this category were Korean composer Mowg (who won the award last year for Burning), Colombian musician Jorge Villamizar and Brazilian composer Marcelo Zarvos.

The Rene Rodriguez Critics Award, named for Miami Herald writer Rene Rodriguez, goes to Yonah Lewis and Calvin Thomas’s White Lie from Canada. The film was selected by a poll of all film critics covering the 2020 Festival. Another Canadian film, “Pick”, directed by Alicia Harris, is the winner of the Miami Film Festival Short Film Award.

“Endure The Suck”, a documentary about two disabled military veterans who find new challenges in the sport of sailing, directed by Isaac Mead-Long, has won the Toyota Short Film Audience Award, from the 32 short films that were able to screen prior to the Festival’s premature closure.

The Alacran Music in Film Award is the third Festival prize for Ema. Presented earlier in the Festival, the Oolite Arts Miami Film Festival Poster Design Award went to Daniel González Sánchez of Buena Suerte studio in Santiago, Chile for his design for Ema. This year’s winner was chosen selected by illustrator and movie poster art designer Akiko Stehrenberger. Honorable mentions for additional outstanding poster designs went to the short films “Wax Paul Now”and “Buddy Boca”. Ema also won the Oolite Arts Miami Film Festival Trailer Award, which went to Hands Up Paris for their trailer for the film. The selection was made by the 2019 winner of the award, Los Angeles-based editor Joe Hackman. Honorable mentions for additional outstanding trailers went to This is Cristina and Instinct and Miami-based editor Rodrigo Alfonso for his trailer for “Being”.

Also presented earlier in the Festival, the Lynn and Louis Wolfson II Family Foundation CinemaSlam Competition 2019 awarded $7,500 to “Celestial” by Bruklyn Miller from the New York Film Academy, Miami Beach for Best Film. Four runner-ups received $5,000 each: Sam Wilder’s “Caretaker” (University of Miami), Megan Tran’s “Dessert”(New World School of the Arts), Ashley De Grandy’s “Metanoia” (Miami Dade College), and Cathleen Dean’s “Wade in the Water: Drowning in Racism” (University of Miami). Eight work-in-progress projects that plan to make use of archival material from the Lynn and Louis Wolfson II Media Center to support their content were awarded grants of $1,875 each toward the completion of their projects.