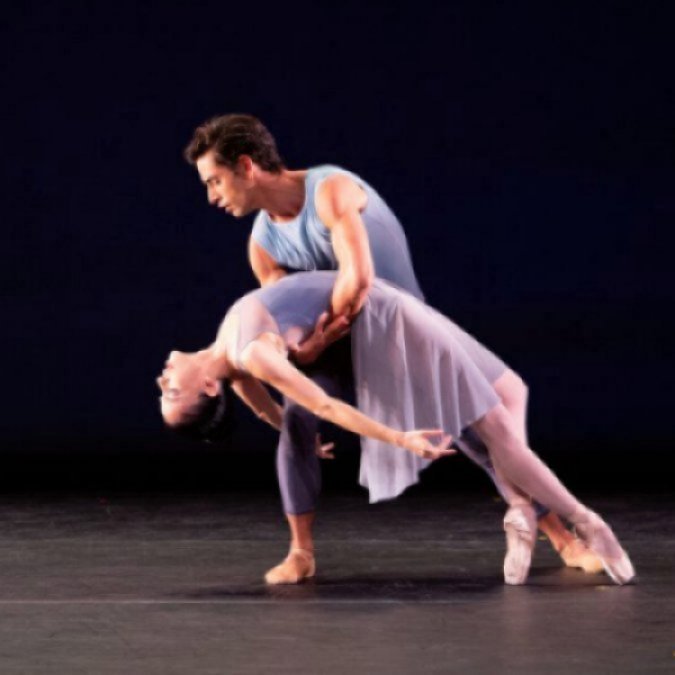 Miami CityBallet will show the wonders that dancers can weave in pairs when it presents “Program Two: I’m Old Fashioned” this month at three South Florida venues.

Four ballets include the return of Alexei Ratmansky’s large-scale “Symphonic Dances” and, prominently, the troupe’s first staging of “I’m Old-Fashioned,” for which choreographer Jerome Robbins mined a quintessential film duet featuring master of the dance floor Fred Astaire and his equal in enchantment, Rita Hayworth. Thus, under three minutes of dancing in a scene from the 1942 musical, “You Were Never Lovelier,” gave rise to more than a half-hour of choreographic exploration by Robbins, earning multiple curtain calls at its New York City Ballet premiere in 1983.

“This is truly special in that it involves another medium for visual impact,” says Aaron Hilton, who will dance one of the leads in “I’m Old-Fashioned.” He underscores the novel import of the film excerpt that, on a looming screen, opens and closes the piece. These moments bring reference and reverence in a tribute to Astaire.

“We’ve watched the video clip many times,” Hilton says about the cast’s preparation. “The ballet’s variations follow its base themes. In fact, so does the music.”

The Morton Gould score, which the composer labored over with input from Robbins, extends musical qualities in the Jerome Kern-Johnny Mercer song that stirred Astaire and Hayworth and shares its title with the ballet. A Cuban rhythm pops up, recalling not only a percussive passage in the film but also Robbins’ dancing in his debut choreographyfor 1944’s “Fancy Free.”

“I have to be mindful of movement in the film, to show what Robbins must have felt looking at it,” Hilton says.

His duet with Jordan-Elizabeth Long is crucial in transitioning from the movie’s ballroom dancing to the neoclassical ballet on-stage. Theirs is one of three principal pairings throughout several sections, some involving an ensemble of nine couples. 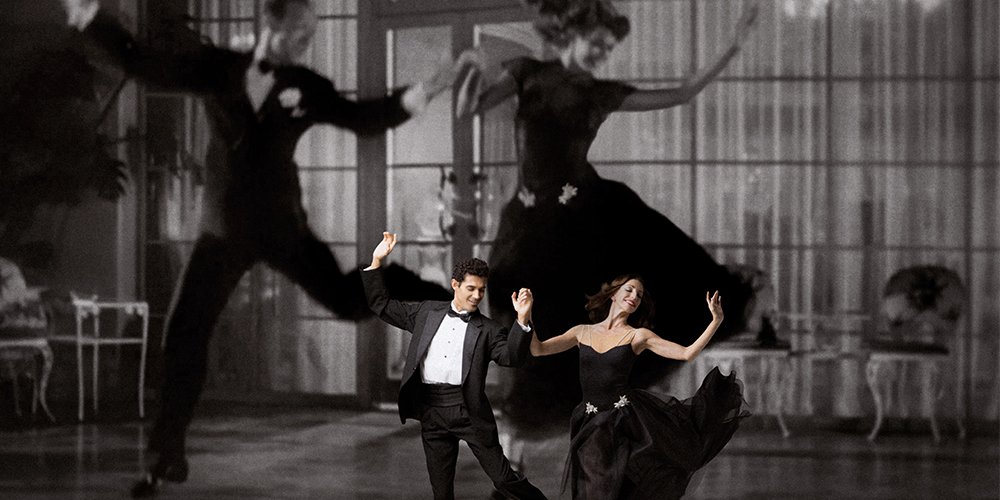 “When the orchestra starts playing, I see this girl who’s perfect for me,” Hilton says. “I ask her to dance, and everything takes off — seamless, elegant. These people must look real, their movements natural.”

Hilton, still a member of the corps de ballet, feels fortunate to partner Long, a soloist of charm and skill. For him, there’s been a before and after from dancing with her. As he confesses, “It’s made me mature — that’s what a more experienced ballerina can do.”

Of course, it also helps that MCB Artistic Director Lourdes Lopez performed this work during her career at New York City Ballet. She now can share the fine points of interpretation gleaned directly from Robbins, letting the company put a shine on steps they learned from Christine Redpath, an envoy of the Robbins legacy.

Soloist Ashley Knox values this direct line to the choreographer. Alongside Alexander Peters, she’s part of the so-called bump couple whose playful collisions echo a funny exit in the film.

“The challenge,” she says, “is keeping your movements tied precisely to the music. Still, I’ve found this quite enjoyable.”

She realizes that — beyond technical demands — the key here lies in developing a character, with lots of romance, yes, but also with good humor and a touch of innocence. To give dimension to the meetups with her partner, she must also project a private world in a solo validating her own dreams.

“The emphasis on character feels newer to me,” Knox admits. “But I’ve really put myself into it.” And, as an actor would, she wants to make her role look fresh each time she performs.

Born on the year the ballet premiered, Knox insists “I’m Old Fashioned” remains relevant for younger generations in its romantic fundamentals. And Hilton underscores the value of this work for dancers.

“When we enter in evening clothes,” he says about the final ensemble, “the mood shifts, and everything becomes more dramatic. Our job here is to move perfectly together and do the steps as close as possible to the dancers on-screen. We’re keeping up a tradition and are able to do this because of the greats that came before us.”

The bow to towering figures continues with “Tschaikovsky Pas de Deux.” Choreographed by George Balanchine in 1960, to music salvaged from “Swan Lake,” this gives the classical-duet formula a high-adrenaline boost.

“It’s so dynamic!” says principal Katia Carranza, admiring a work she’s performed for years, not only at MCB but also in countless galas and her native Mexico’s Ballet de Monterrey. “The dancing requires a really strong technique, and you have to know how to conserve energy. The speed never ceases to amaze me.”

Carranza will also tackle “This Bitter Earth,” a company premiere. Christopher Wheeldon’s work takes the pas de deux to a very different place with its peaks of emotion.

“This contrasts with the Balanchine, where so much happens in the feet, the legs, while you keep a calm upper body,” Carranza says. “With Wheeldon, the arms, the torso, the head come into play. When he visited the studio, he emphasized how the moves must look organic.”

The title’s well-known song, with its lyrics in Dinah Washington’s plaintive tones, is remixed with the circling currents of Max Richter’s “On the Nature of Daylight.” The blend imbues the ballet with an aching but resolute humanity.

“The music reaches deep down into you,” Carranza says. “You don’t just follow the melody but feel the words. And, exquisitely laid out, the partnering has to aim for perfection. There can be no false moves, since the balletic line and basic positions are so exposed.”

For Carranza, it’s been wonderful to see how she and partner Kleber Rebello have arrived at mutual trust through this. “It’s all about helping each other,” says the ballerina, stressing their goal is to create an unforgettably lyrical experience.