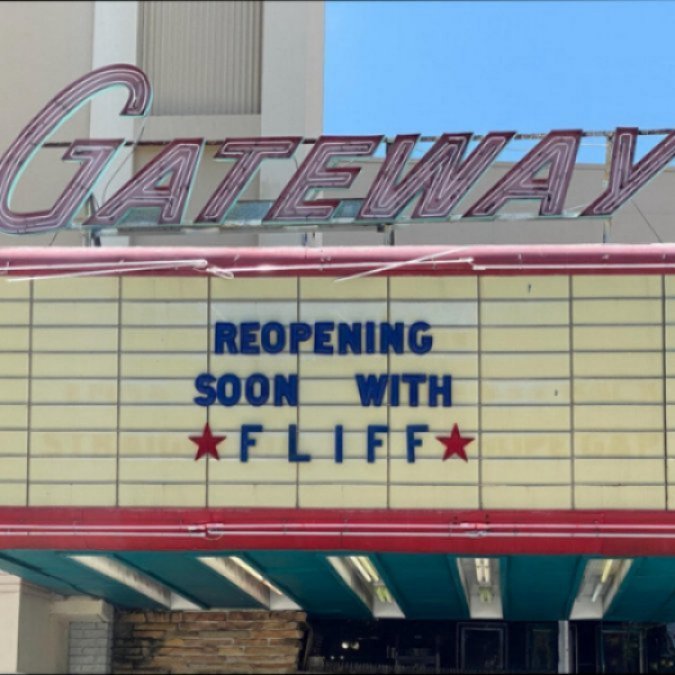 FLIFF has entered into an agreement with the property management company, Smith Moses Morris and Associates, to lease the iconic theatre.

Gregory von Hausch, President and CEO of the Film Festival, and Managing Director Heather Gilchrist negotiated and brought the deal to fruition. “This past year has been a great challenge for all of us. With the addition of the Gateway Theatre, we look forward to celebrating a post-pandemic film renaissance with a wide array of offerings, special events and viewing options,” commented von Hausch. “The Gateway has a rich history in South Florida, and having a theatre with four screens and 690 seats will make a tremendous difference in what we can offer to the film-loving community,” added von Hausch.

Along with an enthusiastic Board of Directors, longtime FLIFF Superstar member and donor Scott Bennett had championed the idea of having the festival add the Gateway’s four-plex to their present single screen venues at Savor Cinema in Fort Lauderdale and Cinema Paradiso in Hollywood. To help facilitate the deal, Bennett made a generous initial investment this year, with a commitment to provide annual donations in 2022 and 2023 through the Scott L. Bennett Charitable Fund at Our Fund Foundation. Board member and volunteer director Janet Schwartz also provided additional funding.

“After many years of presenting films at Cinema Paradiso and Savor Cinema, we are excited to take the next step in growing our festival, as well as increasing our year-round offerings of diverse films and special events,” commented Skip Margerum, FLIFF Chairman of the Board. Bennett noted “It was important to me personally and as Board Chair of Our Fund Foundation to assist in the growth opportunity for FLIFF to provide the movie programming which had long been presented at the Classic Gateway Theatre. The entire Fort Lauderdale community will benefit from the continuation of this iconic theatre.

The Gateway quickly gained a reputation as a location for world premieres. The theatre opened its doors on March 24, 1951 with a parade down Sunrise Boulevard and the world premiere of Bill Mauldin's comedy Up Front starring David Wayne. On December 21, 1960, the Fort Lauderdale Spring Break production, “Where the Boys Are” made its world premiere, with appearances by several of the film’s celebrated stars, including: Paula Prentis, Tim Hutton, Maggie Pierce, and producer Joe Pasternak putting Fort Lauderdale on the map as the Spring Break capital. Back then the Gateway housed a single auditorium of 1,600 seats, but with the increased popularity of multiplex theatres, in 1976 it was divided into two auditoriums, and in 1984 it featured four auditoriums.

Corporate sponsorships are available to help with the cost of renovating areas of the theatre and to create a sleek, fresh new look that will add nuance and panache, while retaining the existing

charm. Renovations and upgrades are planned for the lobby concession and bar, restrooms, outdoor lighting, and a reimagined walkway among other updates.

For further information on sponsorships and benefits, email Gregory von Hausch at Greg@fliff.com.