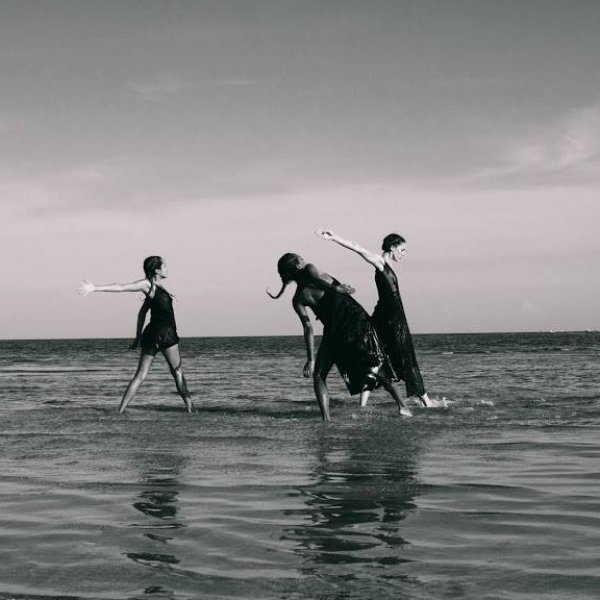 Marissa is a graduate of New World School of the Arts and later received her Bachelor of Fine Arts in Dance Performance from the University of South Florida. She also participated in two of their Creative Capital Professional Development Programs.

Her choreography has been commissioned by Miami Design District, Filmgate Interactive, the Greater Miami Chamber of Commerce, Nova Southeastern University, and the Pioneer Winter Collective. She was awarded a fellowship by the latter for their Grass Stains project, and has also received support from the Miami-Dade County Department of Cultural Affairs, Miami Light Project, Inkub8, and Miami Dade County Auditorium. She also received the Artist Access award from Tigertail Productions to attend Cinedans in Amsterdam. Marissa was also director of Tigertail Productions’ Screendance Miami for three consecutive years from 2014 – 2016. She was most recently a finalist in the 2016 Miami New Times MasterMind Awards.

JG: Tell us about your journey as an artist/dancer with your own company?

MAN: I've always wanted to create a dance company, it's just something I always wanted to do. I discovered my passion for choreography at Norland Middle School in 7th grade, and as I continued my training as a dancer (at New World School of the Arts for high school, and then at the University of South Florida for my BFA in Dance Performance), I realized that I lived for creating a vision through dance. So as soon as I graduated college I thought the best atmosphere for freelancing as a choreographer was in Los Angeles. By this time, Mia Michaels had already made a huge impact on me and so I thought I'd emulate her footsteps. I stayed in LA for almost five years and ended up creating a valuable relationship with my agent, Lisa Coppola, who I still communicate with to this day. It was Lisa that encouraged me to re-think my process and ask myself why I was in LA. She asked me if I wasn't ready to put myself into a box through the commercial world of dance. That’s when she encouraged me to go out and discover my own voice, so I decided to take one last commercial job, the feature film "Rock of Ages," which happened to be filming in Miami. It was back here that I found I was incredibly inspired to explore, create, experiment... and figure it out. There isn't much training or structured education on how to create a dance company, so I had to trust myself, surround myself with like-minded peers, ask a lot of questions, fail forward and not give into self-doubt. This energy ended up attracting a tribe of women who lit a fire inside of me I hadn't felt before, and inspired me to do whatever it would take to see this vision of a company into a reality. And by tenacity, one thing led to another, and eventually, a year ago, I officially took a dive in head first and established Alma Dance Theater.

JG: Who was your biggest influence in your journey to having your own company?

MAN: Certainly Martha Graham was my first influence - I learned so much about her during high school at New World, and as a young teenage girl she made me think "Wow! What a woman! I can do this too!" But most importantly, it was my teachers... every teacher I had - from my childhood dance studio, to Norland, to NWSA and at USF - each and every one of them encouraged me to pursue choreography. They believed in me and supported my dream to be a choreographer and to have a company one day. No one ever told me it was going to be easy, but they absolutely made me believe that with hard work and thick skin... it was possible.

JG: What excites you about Miami?

MAN: My peers and allies in the community. From the muralists, to musicians, to painters, playwrights, dancers and choreographers. This city is bold with voices, colors and bodies. And most of all it is a community full of support - we have each other’s backs and you can’t put a price tag on that. We have all consciously decided to either stay here, move back here or migrate here in order to make our mark and express ourselves without anyone telling us how, when or where to do it. It's invigorating and I love it. I'm proud to be from here and a part of our culture and community of artists. The Miami of today wouldn't and does not exist without its artists.

MAN: It's a contemporary dance company made up of all women, and the voice of the company is strong, hyper-visual, feminine, sensual, vulnerable and full of raw expression. We call ourselves the "goddess tribe.” For me, ALDT is a bold voice for today's generation of women and encompasses a range of experiences from grieving and loss, to bullying, love and madness, always exploring the spiritual journey through these experiences.

JG: What is something awesome you are currently working on?

MAN: I was commissioned to create a site-speciifc work titled "Mira El Mar" (“Look at the Ocean” for the new 'Grass Stains' residency - and that performance will take place on September 17th and 18th on the sandy beach of Miami, as well as the most recent variation of our annual show "CASK", which re-imagines Edgar Allen Poe's 'The Cask of Amontillado' a-la ALDT style, on Friday, Oct. 28th at the Miami-Dade County Auditorium.

JG: From your perspective, how can we leverage the arts to build a more connected community?

MAN: Personally I believe we are a connected community. But what I feel is that we need more outside support and recognition for our contribution to this city. The Miami-Dade County Department of Cultural affairs is our biggest ally, along with The Knight Foundation and The Miami Foundation, but it shouldn't be the sole responsibility of these institutions to support the arts. The city itself needs to be invested by buying tickets to our shows, commissioning our muralists, buying our paintings, etc…Not only will this grow the arts and our city, but it will also help create jobs and boost our economy. The artists of Miami give all they have to the city, so if the people of our city want its artists to stay, we need to be treated as more than amusement or as a means to barter left in the hands of philanthropists.