ACTORS’ PLAYHOUSE STARTS SEASON WITH THE MUSIC OF JOHNNY CASH 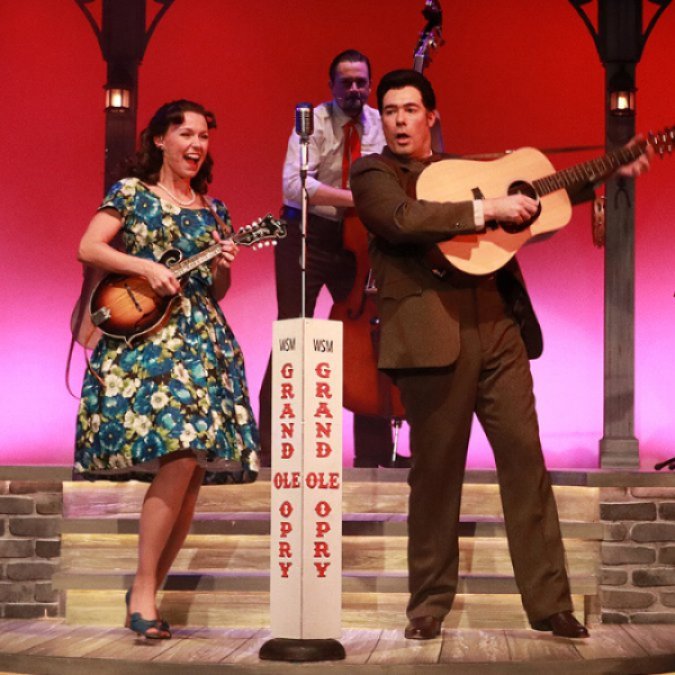 He was known as “The Man in Black,” not because he was a bad boy but for symbolic and pragmatic reasons: Johnny Cash wore black to represent the downtrodden in America, and in his band’s early days, the only shirts all the musicians had that matched in color were black ones.

Conceived by William Meade and created by Richard Maltby Jr., the show had a relatively short Broadway run in 2006 as a large-cast jukebox musical focused on the many songs written by and linked to Cash rather than on the man himself. But Maltby kept revising his show, and the piece that’s running through Dec. 8 in the Miracle Theatre’s upstairs Balcony Theatre is an engaging, joyous gem.

Directed by Ben Hope, who played the starring male role in the Actors’ Playhouse production of “Once” in 2018, “Ring of Fire” is a showcase not just for Cash’s life story and many hits but for the prodigious talents of the five actor-singer-musicians who make up the cast.

Scott Moreau, whose program bio notes that he has played the role of Johnny Cash in “Million Dollar Quartet” more than 1,000 times, also embodies Cash in “Ring of Fire.” His deep voice is tailor-made for “Folsom Prison Blues,” “I Walk the Line,” “I’ve Been Everywhere” – which are just three of the 28 songs contained in the two-act show.

The vivacious, lovely Katie Barton (who happens to be married to the director) plays June Carter Cash, a country superstar in her own right who was Cash’s second wife and clearly the love of his life. Married for 35 years, both died in 2003, with Cash passing just four months after his wife. 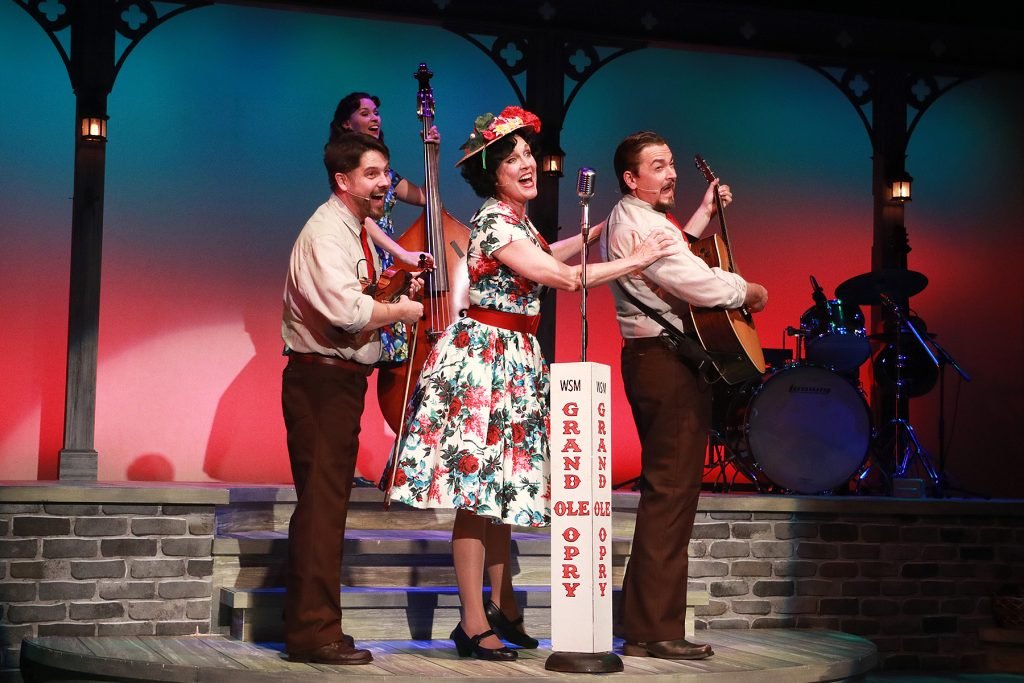 Each of the actors is a versatile instrumentalist, with the five taking turns playing acoustic and electric guitars, an upright bass, drums, an autoharp, a kazoo, a whistle, a washboard, an accordion, a ukulele – you name it, they play it.

With orchestrations by Steven Bishop and Jeff Lisenby, and additional arrangements by David Abbinanti, the performers’ harmonies are glorious.

Director Hope and Jodi Dellaventura are credited with the set design, which looks like a small performance space with faux bricks and different levels. Actor Katie Barton and Debbie Barton created the fine period costumes, Eric Nelson the lighting full of sunsets and stars, Shaun Mitchell the robust sound.

Without harping on Cash’s flaws, the show is honest about them – the womanizing on tour during his first marriage, drinking to excess, relying on amphetamines and barbiturates during multiple periods of his life.

“Ring of Fire” also celebrates his hardscrabble roots in Arkansas; his commitment to entertaining imprisoned men in places like Folsom Prison and San Quentin; his activism on behalf of American Indians; how he inspired an imprisoned Merle Haggard to change his life; Cash’s ABC network music show and more.

Mostly, “Ring of Fire” is about the music, the novelty songs (including “A Boy Named Sue”), the covers (“If I Were a Carpenter,” “Sunday Mornin’ Comin’ Down,” the peppy “Jackson”), the gospel numbers (“Far-Side Banks of Jordan”), and the Cash originals.

Even if Cash and country wouldn’t be your first choice in entertainment, Hope and his talented cast make “Ring of Fire” a special, thoroughly enjoyable experience.