For more than three decades, the Symphony of the Americas has been a staple of classical music, thrilling audiences in South Florida and around the world. As the 32nd season is now underway, Maestro James Brooks-Bruzzese, a conductor with an unmatched legacy, will be retiring at the conclusion of the 2019-2020 season, yet will remain as Founding Artistic Director Emeritus.

During the course of the season, three guest conductors, Lorenzo Turchi-Floris, Carlos Riazuelo, and Pablo Mielgo are being considered as a potential successor to the iconic Brooks-Bruzzese, and receive the coveted baton he so gracefully and skillfully used as the leader of the Symphony of the Americas. Through the years, the Maestro has compiled both domestic and international acclaim, gaining the appreciation of peers, and led hundreds of talented musicians playing compositions relevant to every genre from classical to pop. Described as “dynamic, exciting, remarkably controlled, and simultaneously free-spirited,” it is appropriate that “The Year of the Maestro” be dedicated to Maestro Brooks-Bruzzese. 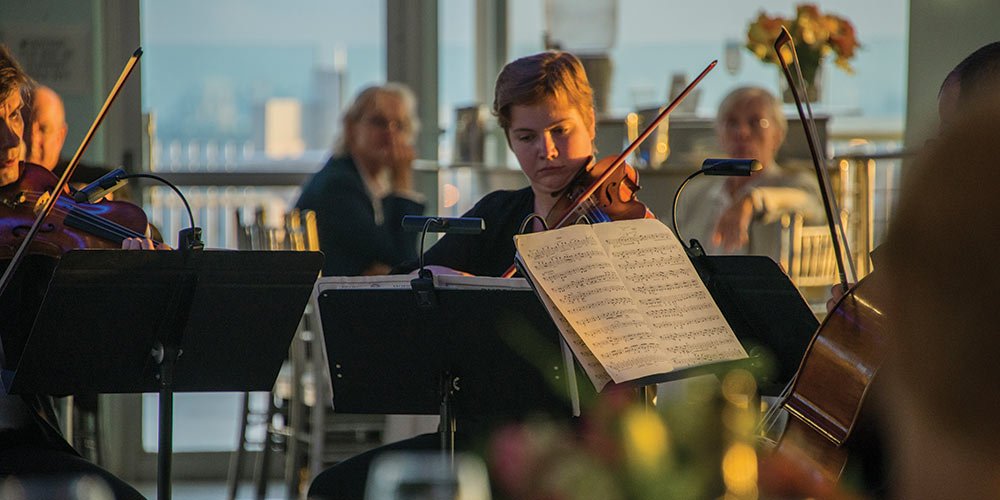 The Symphony of the Americas Concert Season, Matinee Series, Summerfest, and its new Serenades@ Sunset, provides audiences with a unique musical experience, and an opportunity to enjoy an amazing blend of music performed by some of the most talented musicians in the world.  The 32nd Concert Season began Oct. 14 with a performance by acclaimed pianist Ana Rodriguez, and continues with a presentation of “Cirque Holidays: Cirque de la Symphonie” on Tuesday, Dec. 3 at 7:45 p.m. and on Sunday, Dec. 8 at 2 p.m. at the Broward Center for the Performing Arts. The acrobatic stars of Cirque will be accompanied by the full Symphony of the Americas for a truly memorable holiday experience.  Violinist Gareth Johnson will “Celebrate the Classics” on Tuesday, Jan. 7 at a 6:45 p.m. at the Broward Center. This exciting and dynamic artist, who is the founder of the Sphinx String Quartet and an artist-in-residence at Albany State University, has performed as a soloist with many major symphony orchestras in the U.S., including the Boston Pops. On Tuesday, February 18 at 7:45 p.m., Symphony of the Americas will perform “Symphonic Favorites.” Prior to the performance there will be a lecture and wine tasting at 7 p.m. The performance features Tchaikovsky’s “Suite from Swan Lake,” Mussorgsky’s “A Night on Bald Mountain” (featured in Fantasia), and Borodin’s “Polovetsian Dances” from the beloved opera, “Igor.” A Haller Foundation Matinee on Saturday, Feb. 29 at 2 p.m. features the Lisanne Lyons Jazz Trio performing a “Tribute to the Ladies of Swing” at the Broward Center. The internationally recognized jazz vocalist and chair of Jazz Vocal Studies at FIU joins the full Symphony of the Americas to treat the audience to favorites composed by Gershwin, Nelson Riddle, and others.

The Lubben Brothers “Celebrate Beethoven’s 250th with Beethoven to Bluegrass” at 7:45 p.m. on Tuesday, March 10 at the Broward Center. The triplets incorporate folk roots and complex ideas using a unique blend of folk instruments from fiddle, five-string banjo, and guitar, to mandolin and string bass. The evening begins with Beethoven’s “Triple Concerto in C Major” for piano, violin and cello as simultaneous solo instruments. “Eight Hands – Three Pianos” will be featured on Tuesday, April 7 at 7:45 p.m. at the Broward Center. Taking the stage will be the Salani Piano Duo of Italy with Sergio and Barbara Salani, along with Russian pianist Irena Kofman, and pianist Ciro Fodere of Uruguay. This is an exceptional opportunity for the audience to experience the growth of sound through the orchestral integration of multiple pianos backed by a full symphony. 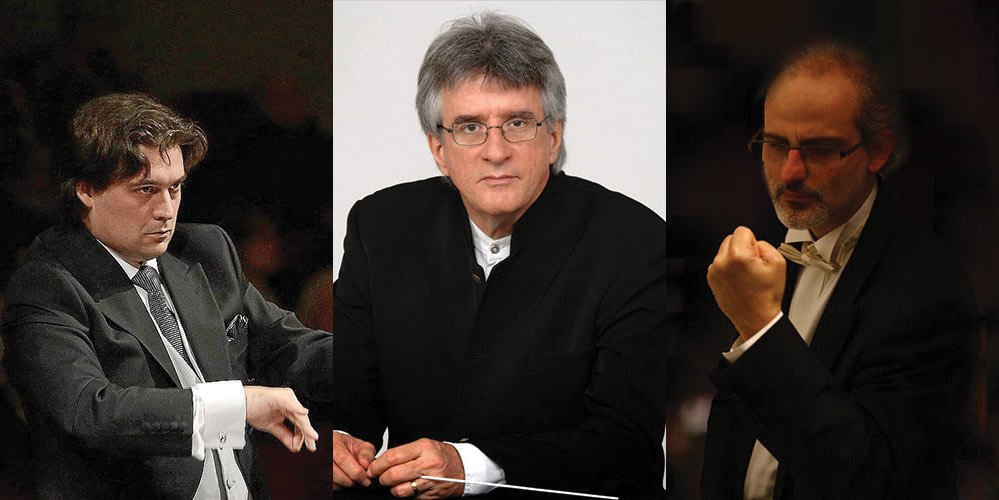 Lorenzo Turchi-Floris, an accomplished orchestra conductor, pianist, and composer, has served as both musical and artistic director of the Mont Blanc Choir and Symphony Orchestra (France). Since 2008, he has held the position of artistic director of the Music International and over the years participated in the acclaimed Symphony of the America’s Summerfest series eight times. For his efforts to expand access to music for everyone through the international organization, Music, Turchi-Floris received the “Baton for Peace” award from UNICEF in 2017, symbolizing humanitarian commitment. He is passionately dedicated to teaching music, and many of his pupils have won international music competitions.

Carlos Riazuelo, a conductor praised by both audiences and musicians as a premier Latin-American conductor, obtained his Advanced Conducting Postgraduate Certificate at the Guildhall School of Music and Drama (London). He is a recipient of the Ricordi Prize for opera conducting, and as artistic director of the Orquestra Sinfónica Municipal de Caracas, pioneered a repertoire that made it the top Latin-American orchestra. Conductor Riazuelo has led symphony orchestras as a guest conductor in Latin America and Europe, as well as in the United States. In 2005, he was named head of strings and director of orchestral studies at Florida International University’s School of Music, and in 2009 Riazuelo joined Louisiana State University’s School of Music as associate professor.

Pablo Mielgo is a conductor from Madrid with an entrepreneurial spirit. He leads the Orquestra Simfónia de les Lles Balears (OSIB) and works with many other orchestras around the world, creating a network of musical friendships. Since 2005 he has been musical and artistic director of the SaludArte Foundation whose mission it is to bring social change through music. Conductor Mielgo is dedicated to promoting young talent, and serves as co-artistic director of the Medellin Philharmonic Academy. Since 2003 he has founded three youth orchestras: Presjovem Youth Orchestra, Iberoamereican Youth Orchestra, and Harmonia Symphony. As the chief conductor of OSIB since 2014, Mielgo has promoted the development of the orchestra through the quality of its programs, increased ticket sales, and created a network of top guest performances, youth programs, and first-rate artists.