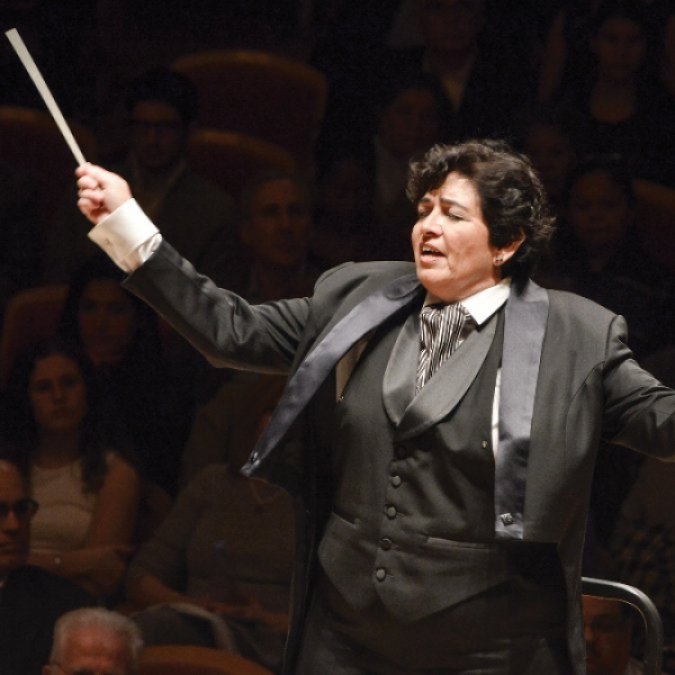 Few entities have as much power to shape the artistic and cultural landscape of South Florida as the South Florida Symphony Orchestra. Satisfying the artistic needs of such a diverse and culturally spoiled community is certainly a hefty task many would crumble under, but not Sebrina Maria Alfonso. In fact, her aptitude for challenges is precisely what brought the orchestra’s Maestra to where she is in life, and to her next big challenge she is pondering from her sunny Fort Lauderdale office.

The South Florida Symphony Orchestra has been Alfonso’s life’s work for the last two decades and luckily for the South Florida community, complacency is not an option. And how could it be, when the orchestra so harmoniously interweaves her two strongest passions - music and community outreach?

What the Maestra has deemed worthy of her orchestra’s and community’s attention is Porgy and Bess, the iconic American opera, composed by the great George Gershwin, which introduced the now classic "Summer Time" on October 10, 1935. It’s scheduled to debut at the start of 2019 at the Broward Center for the Performing Arts, and the prospect has Alfonso excited already:

“This is a big deal. It’s a special concert that tops everything we did last year. Porgy and Bess is a historical piece of repertoire; an epic performance,” she says.

This performance will be somewhat of a late, but worthy gift from Alonso for the South Florida Symphony Orchestra’s 20th anniversary. A major milestone in a historic journey which dates as far back as 1997.

Being a Key West native, Alonso wanted to give people from her community something innate to her yet new and exotic to them – symphony music. She discovered her love for the genre on a trip to Italy in ninth grade after she had already set her heart on becoming a conductor one day. And so, the Key West Symphony Orchestra was born.

For 12 years, the Key West Symphony Orchestra delighted the community, but Alonso felt like there was more to give, more people to reach. And she got her chance. Almost like a story from a film, or perhaps even an opera, the Florida Philharmonic Orchestra went under in 2003, presenting the perfect opportunity. Alfonso seized it, and her orchestra became known as the South Florida Symphony Orchestra audiences know and love today.

The decision to expand into new markets was certainly frightening. But her instincts hadn’t misled her that far, and they certainly didn’t this time. Today, the South Florida Symphony Orchestra performs across four counties in the most prominent venues. Every production is arguably more grandiose than the last, and more importantly, it poses a universal appeal to a cultural landscape as diverse as South Florida.

The orchestra achieves that by following a noble mission - to delight, inspire and educate the communities through music without any bias in terms of backgrounds and socioeconomic status. Rather than being reserved for those who enjoy a higher quality of life, the South Florida Symphony Orchestra aims to lift people’s quality of life altogether.

“I don’t want this to be about the elite. I want it to be for the everyday person so t hat their life is enhanced. The bottom line, our mission, has always been that we don't turn anyone away. I want them to experience something they might not be able to otherwise because they are not in the financial situation or the social status,” says Alonso.

In that spirit, they pzrice tickets as low as $35, offer group discounts, and give free symphonic concerts in schools, which helps the orchestra reach young people. Alonso believes that learning a musical instrument fosters discipline in youngsters which they can carry into whatever they want to pursue in life:

“There is no instant gratification. If you are disciplined and you do the work, you can be successful. You can reach the highest level of what you do even if it’s outside of music,” says the Maestra.

There is certainly no greater testament to that statement than all the joy the South Florida Symphony Orchestra has brought to its community. But its work is certainly far from done:

“I dream that, when it’s time for me to leave the orchestra, that it has become a leading cultural art organization that impacted the communities of South Florida, is sustainable, educates our children, and brings joy to adults,” Alonso says.

So far, her hunches and visions have been pretty spot-on, and by the looks of it, it’s unlikely that they’ll start failing her now. The future looks bright for South Florida Symphony Orchestra and all the communities its music will grace for many years to come.