On Jan. 24, wine poured for a horde of oenophiles gathered at the Design District’s multi-leveled Moore Building to attend the exclusive “Great Wines of the World USA” event. Presented by the world-renowned wine critic James Suckling – for the first time ever in the U.S. – the tasting soirée showcased 100 of the top producers from leading wine regions spanning the globe highlighting over 200+ wines hand-picked by Suckling himself.

“This is a very special event for me as it is the first of its kind in North America following numerous successful events in Asia over the years that attracted thousands of keen wine lovers, wine trade members and hundreds of the best wineries in the world,” said James Suckling. “It’s never been a better time to drink wine in the United States with fabulous bottles being produced in all major wine countries.”

Droves of wine lovers sipped and savored the world’s finest wines, mingled in person with Suckling, were gifted an exclusive crystal James Suckling x Lalique glass, and chatted with winemakers and sommeliers to learn more above their vintages. The wine expert, who has been using the 100-point scale system for decades, considers wines rated 90 points or more to be “outstanding.” The best part? Much to the delight of attending wine aficionados, all wines on hand scored 90-100 points with a majority scoring 95+! 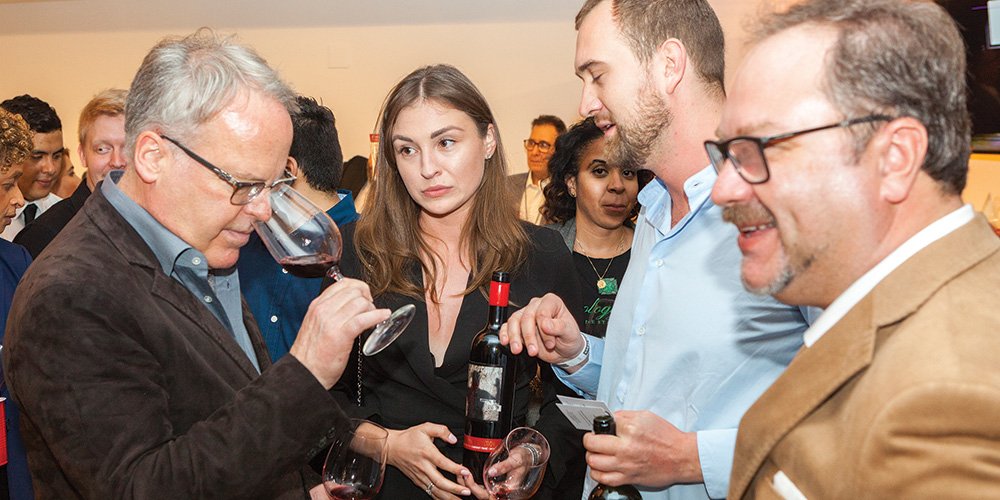 Among the highest scoring wines were these 16 perfect 100-point gems:

“It gives me enormous pleasure to recognize the Almaviva 2017 with our highest honor, Wine of the Decade,” added Suckling. “Over the last ten years we tasted more than 100,000 wines and this wine distinguished itself with its great structure and fantastic aging potential, as well as its iconic position for Chilean wines. It received 100 points, and is the second ‘perfect’ wine from this excellent Chilean winery after the great 2015 Almaviva.”

Considered one of the leading wine critics, James Suckling has presented more than 25 wine events around the world, attended by almost 30,000 people. As CEO and Editor of JamesSuckling.com – which is celebrating its 10th anniversary – his team travels far and wine to visits wineries, meet with winemakers and taste wines.

Suckling owns and operates his own wine bar and restaurant in Central Hong Kong – James Suckling Wine Central – which serves up an extensive list of more than 400 wines by the glass (all rated 90+ points.) He curates the wine program for Holland America Line cruises, with close to 1 million passengers, and created food pairing tips as part of the onboard experience. In addition, the wine connoisseur designs his 100 points glassware for Lalique – the leading French crystal glassmaker.

Fellow wine enthusiasts, get ready as James Suckling returns to Miami on March 6! His premier “Great Wines of Italy USA” will once again take place at the Moore Building in the Design District.

“Our Great Wines of Italy event is already one of the biggest super premium wine tasting events in the country,” Suckling shared. Guests can expect to taste hundreds of top Italian wines – all rated 90-points and above – from more than 250 wineries.

The highest scoring Italian wines to be served include these revered 100-point bottles:

Suckling expressed, “Great Wines of Italy USA is the perfect event for anyone who loves wine, especially GREAT Italian wines. 2015 was an exceptional year in Brunello and Barolo, and we are excited about the high caliber of wines represented at these events.”

Cheers to that, and we’ll see you at the event!