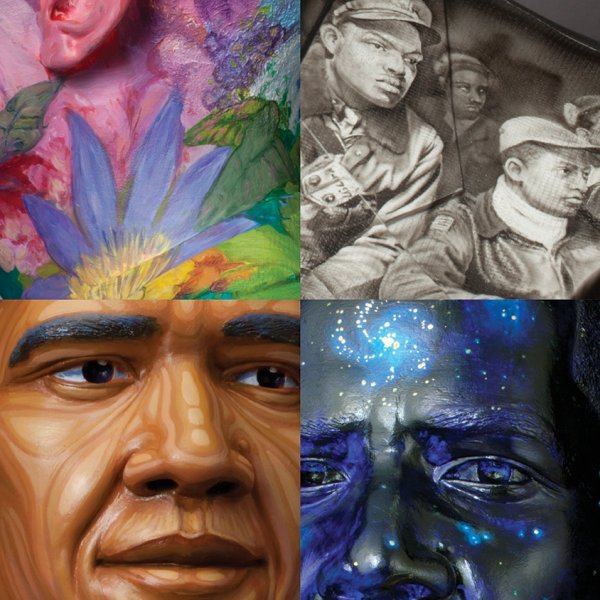 With a year of events planned, The Black Archives History & Research Foundation of South Florida Inc. kicks off its 40th Anniversary with the Visions of Our 44th President Barak Obama exhibition. The exhibit displays realistic, life-sized busts designed, painted, and/or embellished by forty-four contemporary African American artists from across the country. Visions will open to a private media reception on November 29, 2016, a cocktail opening reception on November 30, 2016, and to the general public on December 1, 2016. Visions of Our 44th President will be on display at the Black Archives Historic Lyric Theater Cultural Arts Complex, 819 NW 2nd Avenue, Miami, Florida 33136, from its November opening through February 28, 2017.

“Showcasing Visions in Miami not only highlights the historic term of our nation’s first African American president,” said Timothy A. Barber, Black Archives Executive Director. “Through artistic expression, Visions celebrates the accomplishments we have been able to achieve together, as a community, over the past 8 years. Our goal is that this exhibit will extend beyond race, social status, or party affiliation, to highlight the common threads among us and inspire a continued togetherness as this country moves into its next chapter.”

Each artist started with the identical blank bust and was charged to fearlessly commemorate the historical significance of President Barack Obama. For the forty-four contemporary African American artists, this exhibition fosters self-expression. For the visitors, the goal is to spark dialogue and generate conversation to foster humanities. The exhibit is organized by the Charles H. Wright Museum of African American History in Detroit, MI and was curated by Peter Kaplan of Our World, LLC.

For more information about this event, and/or sponsorship packages please visit www.BAHLT.org. To purchase tickets for the private reception, please visit VisionsOpening.eventbrite.com.

What: Visions of Our 44th President Barack Obama Exhibition

Admission: $20 General Admission; $15 Seniors 62+ ; $15 Students with ID; Free Admission for Black Archives Members, Active US Military with ID and Children age 6 and under.