Museum ofArt and Design at Miami Dade Collegel presents Archivo Vivo (Live Archive), an innovative and dynamic performative lecture by members of Mapa Teatro, the Colombian interdisciplinary artistic group, that explores issues of urbanism, power, the public sphere, and the archive. Archivo Vivo opens Saturday, November 2nd at the MDC Live Arts Lab Bldg. 1 at 7 p.m. The event is free and open to the public.

In front of projected images, documents, and video testimonies,Rolf and Heidi Abderhalden, directors of the Colombian group Mapa Teatro, will reflect on five projects in the Santa Inés district of Bogotá, also known as El Cartucho, “the cartridge.” In one of the most ambitious urban renewal projects in Colombia, the extremely impoverished neighborhood was demolished, and a monumental park was constructed on its ruins. Between 2002 and 2005, Mapa Teatro recorded the destruction of the barrio while developing projects with its displaced former residents. These collaborative and communal endeavors resulted in theatrical performances, installations, and site-specific presentations that reflect Mapa Teatro's self-description as a "laboratory of the social imagination." Equally political and poetic, the lecture-performance Archivo Vivo constitutes an experimental investigation of the myths, histories, and contemporary sentiments that live within an archive. 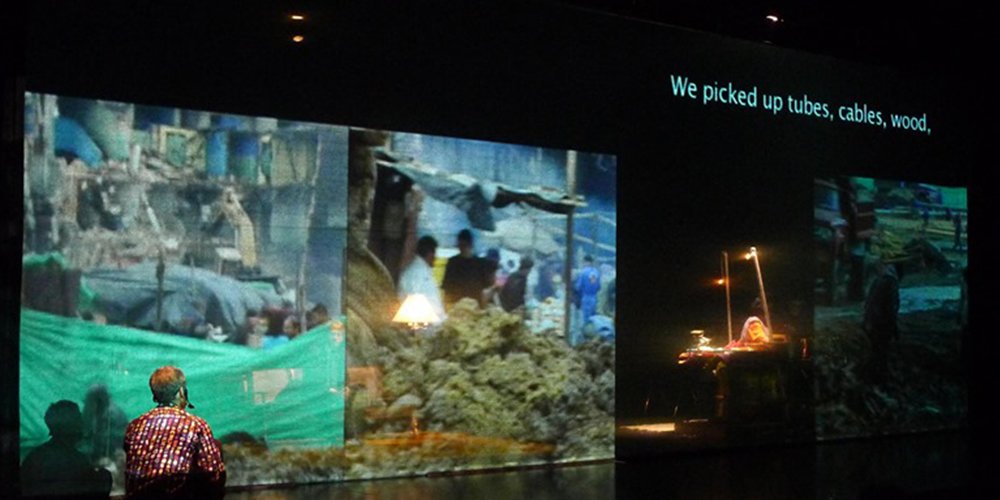 Mapa Teatro was founded in Paris in 1984 by siblings Heidi, Elizabeth, and Rolf Abderhalden, theater and visual artists who relocated the group to Bogotá two years later. Experimenting with performance, installation, opera, theater, and ethnographic film, they stage their live arts events with the intention of transgressing geographical, linguistic, and artistic boundaries while addressing issues of both local and global concern. Conceived of as a transdisciplinary laboratory, Mapa Teatro engages with current, historic, and mythic events, deploying archives and documents as departure points for creative reinterpretations. Their work has been produced at international theater festivals including the Festival d’ Avignon, the Festival d’Automne à Paris, and the Festival International New Drama (FIND) in Berlin, and has appeared at art institutions such as the Reina Sofia Museum, the Bienal de São Paulo and the San Francisco Museum of Modern Art. Archivo Vivo was first developed in 2011 at the Injured Cities, Urban Afterlives conference at Columbia University in New York to commemorate the tenth anniversary of 9/11.