The annual South Florida Cultural Consortium exhibit provides a snapshot of the region’s visual-arts community, displaying talents of artists from Palm Beach, Broward, Miami-Dade and Monroe counties. It offers art lovers the chance to experience regional work in a broad range of media, from painting and sculpture to performance and video, in a one-stop visit. This year, the exhibit opens Sept. 5 at the Museum of Contemporary Art North Miami. MOCA tapped Amy Galpin, chief curator at the Frost Art Museum, to select work by the 13 artists receiving the 2018-2019 consortium grants.

“I think the introduction of guest curator Amy Galpin has been a huge asset,” MOCA executive director Chana Budgazad Sheldon says. “I’m a big admirer of the recent exhibitions she has done at the Frost with local artists.”

“I hope people will be excited to see some of the new works by artists they are familiar with, and I also hope there will be some new names,” Galpin says.

A new name for her was Reginald O’Neal, who works as a muralist. “His friends, family, the people he’s grown up with in Overtown are the inspiration for his work,” she says. “He paints in a very traditional, figurative style with a dark, almost baroque palette.” In O’Neal’s paintings, Galpin notes, there are moments of hope but also references to emotional trauma, violence and incarceration.

What does this gathering say about art produced in South Florida? “I think signs are positive. I think there’s rigorous work being made,” says Galpin, who observes that some art in the exhibit tackles thorny issues reflected in today’s headlines, such as immigration and climate change.

Edison Peñafiel, who won the 2019 Florida Prize in Contemporary Art from the Orlando Museum of Art, creates multimedia installations that surround viewers with their powerful imagery, highlighting political themes. The title of his work at MOCA, “Land Escape,” is a play on the word “landscape,” he says. The piece, he adds, aims “to start a conversation about migration and the cycles of history.”

“Land Escape” was created during a residency in Corsicana, Texas. Barbed wire will be installed in front of the work’s grim video projections of masked figures moving through space. It alludes, Peñafiel explains, to his time in Texas and ongoing tumult concerning the border between Texas and Mexico. 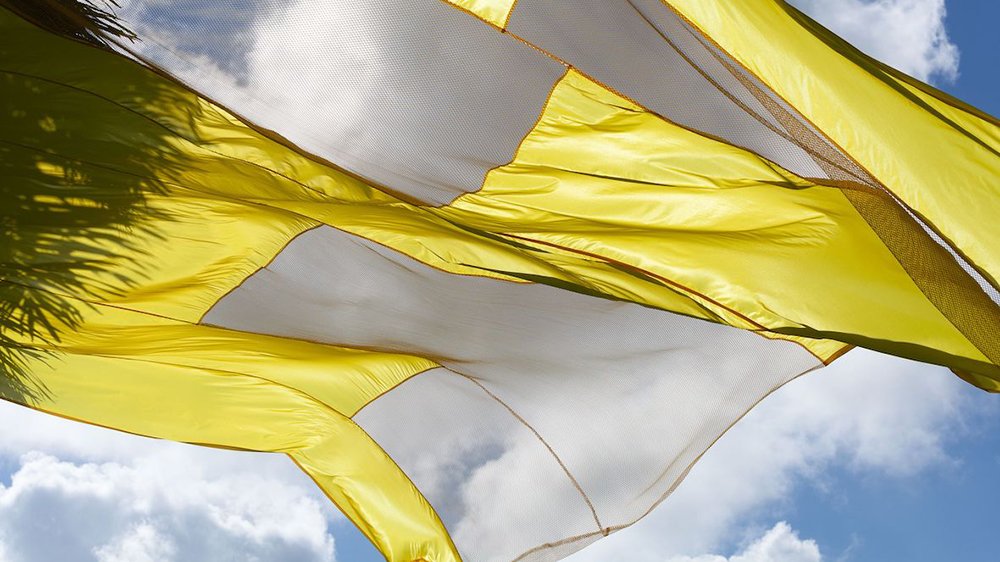 Sebastian Ruiz has also contributed an installation on a timely issue. He is particularly engaged with citizen science, Galpin says. He thinks about “ways that amateur scientists can collaborate with professional scientists. He’s concerned with sustainability, as we all are in South Florida, and climate change,” she adds.

MOCA will be showing his “Carreta de Ongos [Mushroom Cart].” Specific scientific research conducted by Ruiz deals with mycelium, a fungus that can, under proper conditions, produce mushrooms. It can also be used to create long-lasting fibers suitable for making clothing and other items. His interest in these multitasking characteristics, Galpin says, reflects Ruiz’s life growing up in Cuba and the need to be resourceful with scarce materials.

Felecia Chizuko Carlisle explores a wide range of media, including sculpture, performance and video. Her video “So Few and Such Morning Songs” promises to stun viewers with an exceptionally poignant and moving experience. It was filmed at dawn at the Deering Estate and revisits a sunset performance given at Deering, with drumming and dancers familiar with folkloric Haitian dance traditions, the artist explains.

“For me, the piece is about life and death and the passing of time,” Carlisle says.

The title refers to a line in the poem “Fern Hill” by Dylan Thomas. “It’s very specifically about getting old and dying,” Carlisle says. “Hopefully, that charges the whole work, the narrative that is generated.”

Joining arts councils in the four counties, the South Florida Cultural Consortium was established in 1988 and has awarded more than $4 million in grants to over 300 artists. Awards are either $15,000 or $7,500. They are among the country’s highest such grants given by local arts agencies to visual and media artists. Panels of regional and national arts experts select the grant recipients.

“South Florida Cultural Consortium Exhibition” will be on view Sept. 5 through Oct. 20 at Museum of Contemporary Art North Miami, 770 NE 125th St. The museum is open 10 a.m.-5 p.m. Tuesday-Friday and 11 a.m.-5 p.m. Saturday and Sunday. Admission is $10 and free to MOCA members and North Miami residents

ArtburstMiami.com is a nonprofit source of theater, dance, music and performing-arts news. Sign up for our weekly newsletter and never miss a story.