One of the many benefits of living in Florida is the ideal weather that makes venturing out any time of the year a real luxury, especially when our northern neighbors are bundled up for the winter. The tropical climate is ideal for visitors and locals alike to get out and explore the myriad of arts & culture festivals throughout the Sunshine State. Whether it’s visual arts, music, food, film, theater, or nature, Florida’s brimming with festivals for every taste. AroundTown has chosen highlights in each of these categories to help you discover your next outdoor cultural adventure!

Pinecrest
January 21 & 22, 2017, 10:00am-5:00pm
11000 Red Road, Pinecrest
Come to one of Florida's premier juried art shows and enjoy an afternoon surrounded by spectacular visual arts in the most lush and luxurious setting. Amongst a generous representation of the best artists and artisans from the US and abroad-you will find the perfect piece of art for your home that includes painting, sculpture, mixed media and photography, or peruse a selection of original handcrafted jewelry or wearable art for yourself or significant other. Additionally there is always a great selection of delicious food, live music, and other activities for the entire family.
Free Parking
www.pinecrestgardens.org
305.669.6990

Miami
February 10-13, 2017, 11:00am-7:00pm
(11:00am-5:00pm on the 13th)
Miami Fair Expo Center, 10901 SW 24 St., Miami
As the world’s largest indoor antique show, The Original Miami Antique Show presents more than 600 recognized dealers from 28 countries for four days only. In addition, more than 20,000 attendees with a serious interest in antiques and jewelry will grace this venue. At the show, attendees can explore collections from Renaissance to Art Deco eras, including fine art, American and European silver, antique jewelry, 17th-19th century furniture, porcelain and more. On Appraisal Day, Saturday, February 11, 12pm – 5pm, get a free appraisal with a valid ticket to the show.
www.MiamiBeachAntiqueShow.com
239.732.6642

Art on the Square: A Premiere Outdoor Gallery

19th Annual Arts and Crafts Festival in the Pines 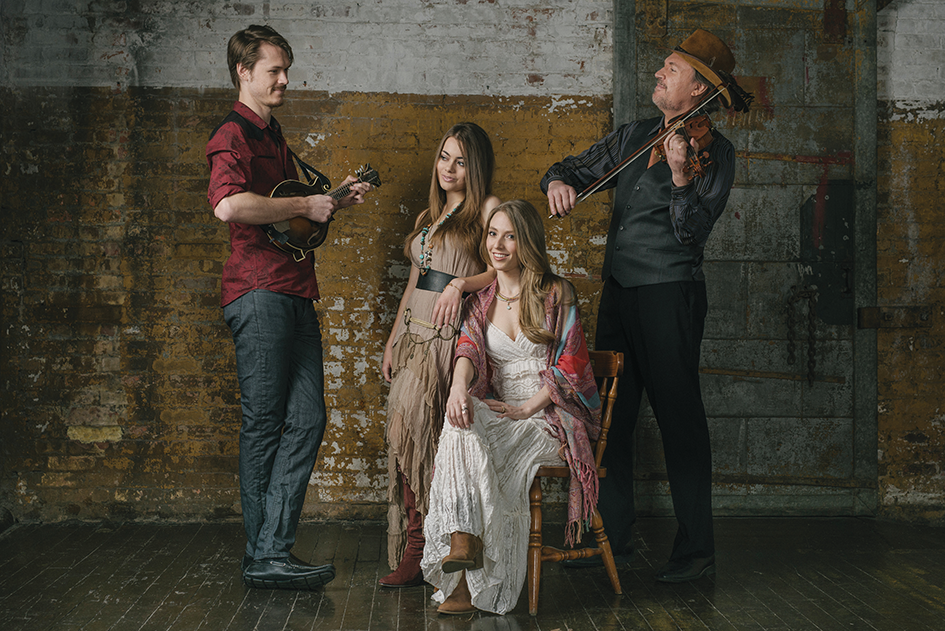 Miami
January 19th - February 11th, 2017
University of Miami Maurice Gusman Hall, 1314 Miller Drive (Coral Gables campus)
UM Frost School of Music’s Festival Miami will offer a diverse selection of unique concert programs performed by Grammy Award-winning and internationally acclaimed guest artists, who will showcase their talents alongside the stellar students and distinguished faculty artists from the Frost School of Music. More than 20 performances will be offered, organized into four themes: Great Performances, Jazz and Beyond, Music of the Americas, and Creative American Music.
Please note: All Festival Miami concerts will take place at UM’s Maurice Gusman Hall, with the exception of the opening night concert, which will take place at the Arsht Center, and the closing night concert, which will take place at the North Beach Bandshell.
www.festivalmiami.com

Miami Beach
January 26th - April 20th, 2017
Miami Beach Urban Studios: 420 Lincoln Rd., Miami Beach
The FIU School of Music celebrates its twenty first year of the New Music Miami ISCM Festival, directed by FIU composer-in-residence Orlando Jacinto Garcia. The festival includes the presentation of music by composers from around the world, many of whom are present to discuss their music for FIU students and audiences. The festival has continued to expand, featuring new music concerts for acoustic and electro-acoustic instrumentations. Audiences will enjoy the music of Earle Brown and Morton Feldman, music by composers from Cuba and Miami and more.
www.music.fiu.edu
305.348.0496

Miami
February 17th, 2017; 5:00pm - 9:00pm;
February 18th, 2017; 8:00am - 9:30pm
FIU School of Music, Wertheim Performing Arts Center,
10910 SW 17th St., Miami
The FIU Festival of Bands, now in its ninth consecutive year, is a FIU community initiative designed to help prepare local area high school bands for their upcoming annual festival performances. Each year, eight to fifteen bands are invited to each perform three pieces for faculty and guest clinicians, who then give written, audio critique (utilizing the current FBA MPA Assessment forms) and workshop directly with the students. Afterwards, the performances and workshops are also recorded and given to the band directors.The festival will conclude with a concert at 7:30pm highlighting the innovative FIU Wind Ensemble, featuring “Songs and Dances” from around the world.
www.music.fiu.edu
305.348.0496 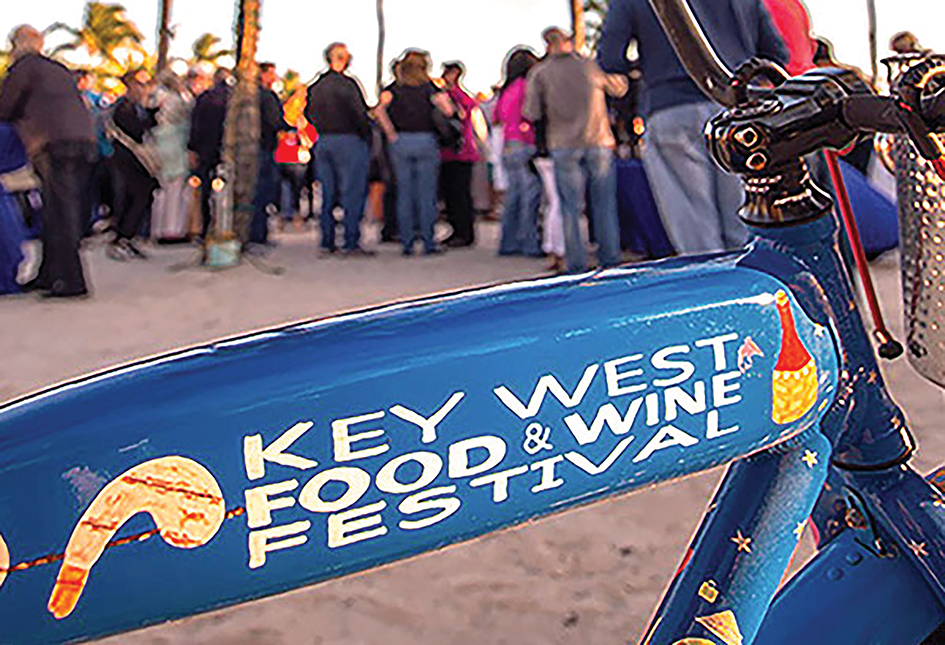 Key West
January 25th - 29th, 2017
1500 Reynolds Street, Key West
The Key West Food & Wine Festival is a series of wine and food themed events showcasing a diverse range of wines and inventive cuisine, hosted by their passionate creators at iconic island locations.
Over 30 unique events include: waterfront tastings, winemaker/chef collaborations and local funky events that present an authentic taste of Key West, Florida, the place to be in January. The festival attracts thousands of culinary explorers from around the country who descend on the tropical island to escape the winter and delight their senses.
Admission: $10 - $300
www.keywestfoodandwinefestival.com
800.474.4319

Islamorada
January 5th – 15th
Over 30 events at different locations
The 11-day food, wine and spirits showcase features 30-plus savory events to please virtually every palate and budget, spread among numerous Upper Keys venues with fresh, locally sourced seafood and international-style dishes. The festival's outdoor 'A Grand Tasting,' is set for January 14. What better reason to 'Uncork' and unwind in the Florida Keys? For a complete events schedule, visit website.
Admission: Varies from Free to $100
www.floridakeysuncorked.com
305.394.3736

Carnaval on the Mile Cork & Fork

Coral Gables
March 4th - 5th, 2017, 10:00am - 10:00pm
Southside of Ponce de Leon and Miracle Mile, Coral Gables
The Kiwanis of Little Havana is set to welcome thousands of visitors in the heart of Coral Gables to enjoy a weekend long celebration of art and music in every format during the 19th Annual Carnaval on the Mile. Event attendees will stroll along the mile to get inspired by an eclectic assembly of local artists and their unique arts and crafts, jewelry, paintings, sculptures, photography and more. More than 30 world renowned musical acts will pack three stages, keeping the rhythms of Jazz, Funk, Samba and more pulsing through the crowd all weekend long. Families will enjoy two days of interactive games, craft making product demonstrations and more. Culinary enthusiasts will also have an opportunity to purchase tickets to Carnaval on the Mile's second Cork & Fork food and wine event, hosted by the hotest restaurants and celebrity chefs.
Admission: Free for Carnaval on the Mile; $50 for Cork & Fork
www.carnavalmiami.com
305.444.8888

Pensacola
April 28-30, 2017, Friday: Noon-11:00pm;
Saturday: 10:00am-11:00pm; Sunday: 11:00am-5:00pm
Bartram Park, Downtown Pensacola
Don’t be shy, dig in! This year’s 32nd annual festival features 16,000 pounds of boiled crawfish provided by the Cordova Crawfish Company of Pensacola, Florida. Cajun dishes, such as red beans and rice, boudin balls, seafood gumbo, etouffee, jambalaya, and Cajun pasta, will also be available in addition to traditional festival fare. There will be a Crawfish eating contest!
Admission is $5 daily or $10 for a weekend pass
(children 12 and under get in free).
www.fiestaoffiveflags.org/pensacola-crawfish-festival
850.433.6512

St. Augustine
September 8th - 9th, 2017
Various locations in St. Augustine
Celebrate Spanish history in one of the nation’s oldest cities. The festival features Spanish foods and wines presented at a variety of special events and local restaurants. At the Vino Veritas event, learn the secrets of authentic Spanish recipes and Spanish wine pairings from Spanish food and wine experts; the Grand Tasting - sample more than 120 different types of wines made in Spain; and the Batalla de Vino – an exciting “wine fight” tradition from Haro, Spain, where participants spray each other with wine for charity.
Ticket prices vary by event. See website for details.
www.SpanishWineFestival.com
904.540.1402

Miami
March 3rd - 12th, 2017
Multiple venues
Over the course of the 34th Edition of the 10-day Festival, over 100 films from as many as 40 different countries will screen for the first time in Florida, including Premieres of some of the best world cinema has to offer. There will also be Oscar nominees, made-in-Miami stories, film panels and parties galore.
www.MiamiFilmFestival.com
844.565.6433

Sarasota
March 31st - April 9th, 2017
Screening locations and times vary.
Caption for Image: Stranger Things' Matthew Modine and filmmaker Jen Senko on the red carpet.
The Sarasota Film Festival is celebrating its 19th anniversary. With more than 200 films, star-studded events, symposiums with industry leaders, and free YouthFest programs, the Sarasota Film Festival has something for everyone. Visit the website for more information, and to download the 2017 Festival Guide to films and events.
www.sarasotafilmfestival.com
941.366.6200 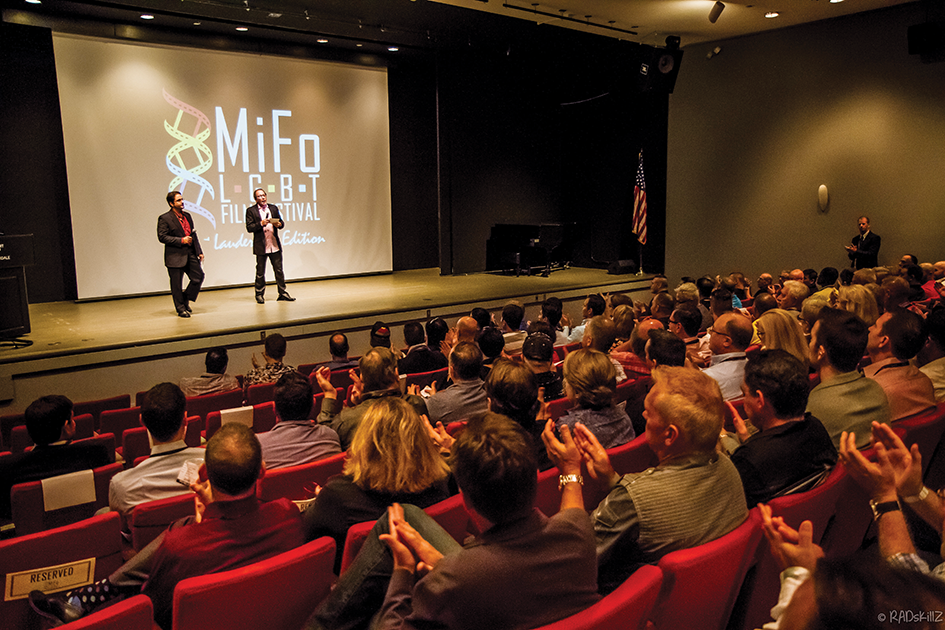 Key West
November 15th - 19th, 2017
Festival venues include the historic San Carlos Institute, the Key West Theater, the Studios of Key West. Host venues for social events include the Truman House, the Waldorf Astoria Casa Marina and the Southernmost Mansion.
A diverse, entertaining and artistically rigorous selection of films are represented through a broad array of categories that offer opportunities for filmmakers, both aspiring and established, to commune and exchange ideas with each other, while showing their work to audiences in an historic and artistically vibrant tropical paradise.
www.kwfilmfest.com 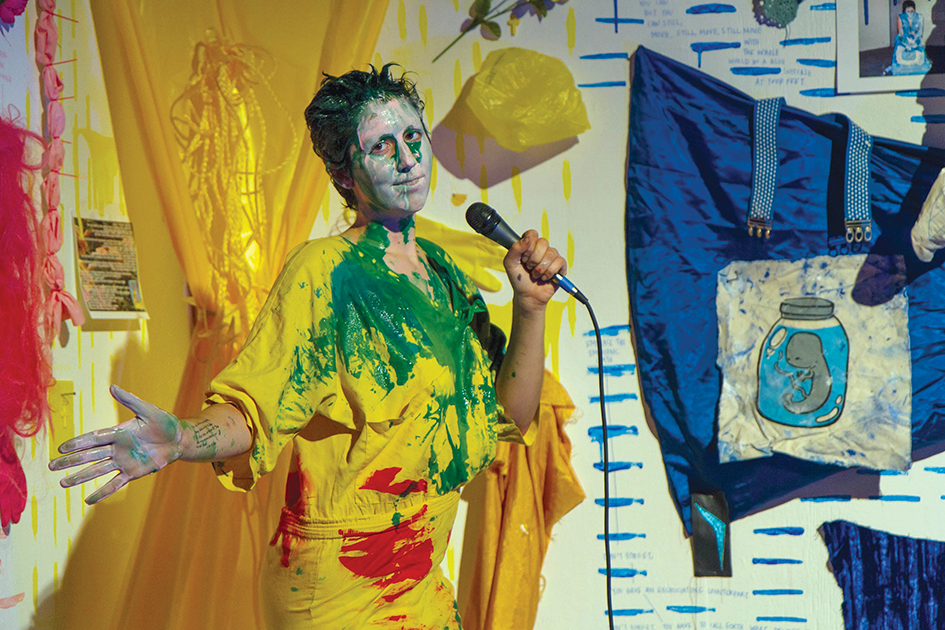 Davie
March 11th - 12th, 2017
Flamingo Gardens
3750 South Flamingo Road, Davie
The annual garden event features a Bonsai Show by the Broward Bonsai Society, along with a variety of plant and landscape experts with plants, supplies, garden art and accessories for sale. Demonstrations and lectures take place on various topics throughout the day, as well as guided tours through the Botanical Gardens, live performances, food, and Kid’s Gardening Zone.
www.flamingogardens.org
954.473.2955

Davie
April 15th - 16th, 2017
Flamingo Gardens
3750 South Flamingo Road, Davie
Over 30 vendors will have rare and exotic orchids and bromeliads on display and for sale, along with an American Orchid Society judged orchid show, hosted by the Flamingo Gardens Orchid Society. Find orchid supplies and enjoy lectures and demonstrations from experts, along with music, food and more.
www.flamingogardens.org
954.473.2955 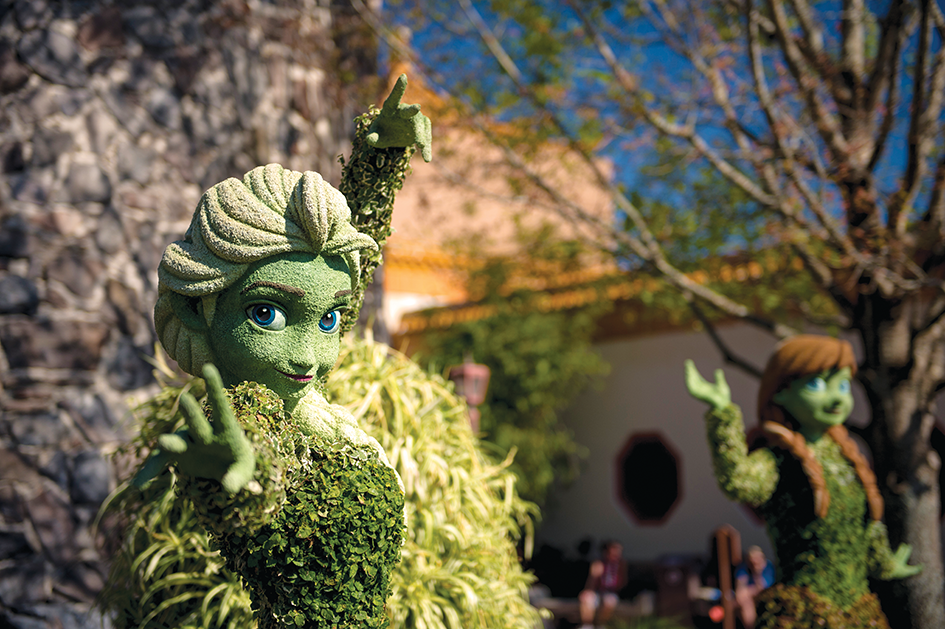 Orlando
March 1st - May 29th
200 Epcot Center Dr, Orlando
Celebrating its 24th anniversary, the Epcot International Flower & Garden Festival will jump-start spring with gardens of earthly delights, plus new character topiaries, entertainers and food and drink offerings. The festival, which expanded to 90 days in 2016, will open with an irresistible array of fresh surprises and new treats. Dozens of Disney-crafted “flower towers” and beds of multi-colored blooms will transform the park’s landscape. At least 70,000 bedding plants will surround the Future World east and west lakes alone; on the water, 220 mini-gardens will be set afloat.
www.disneyworld.disney.go.com
407.939.5277

Marathon
January 6th - 9th, 2017; 10:00am-8:00pm
(11:00am-5:00pm on the 8th)
Marathon Community Park, MM49 US Hwy 1 Ocean Side
Festivities include world-renowned musical groups Albannach, Screaming Orphans, Rathkeltair, West of Galway and Marcille Wallis and Friends. Highland Athletics, the original Strongman sport will conduct sanctioned Woman’s Highland Athletics Competition, Men’s Highland Athletic Demonstrations and The Official Florida Haggis Hurling Championship. Also returning is the Sheepdog Herding Demo. There will be Pipe and Drums, Celtic Food, Beer and Celtic Merchandise Vendors, Children’s Glen with activities for the wee ones! There will also be Irish and Scottish Dancing. Literally, there is something for everyone.
Admission: Two Day - $20; Single Day - $12
www.floridakeyscelticfestival.com
305.509.7479