A new exhibition is hitting the ArtServe gallery! “Emerging Art From War-Torn Syria: War & Hope” will help Syrian artists deliver their message in a full-scale exhibition. It will run both virtually and in-person from Tuesday, September 1 through Friday, October 23rd.

Throughout the history of human conflict, entire cultures have often been all but obliterated simply through the weaponized destruction of artwork. But in war-torn Syria beset for years by suffering, death and chaos, the resilience of its artists perseveres in conveying the nation’s urgent story worldwide.

Curated by Syrian-American artist Tony Khawam of Khawam Galleries of Miami and New York, together with ArtServe Curator Sophie Bonet, “War & Hope” showcases works by Syrian and Syrian-American artists who began a new phase of their artistic careers in response to the Syrian War. Their paintings weave contemporary images of the physical and virtual worlds together with emotions wrought by the War and memories from their cultural heritage. 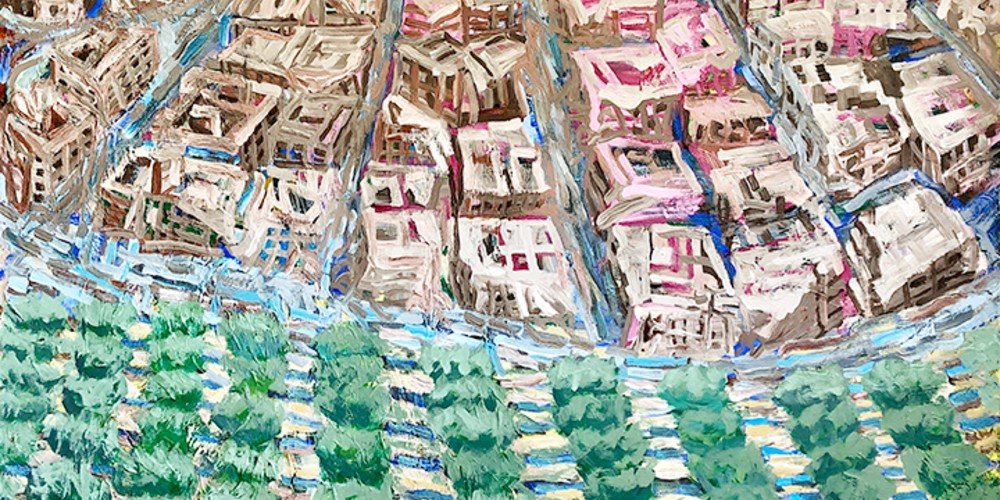 “This exhibition is the product of a year-long curatorial collaboration with Tony Khawam. It’s an authentic celebration of art, culture and human resilience, and a reflection of ArtServe’s commitment to diversity and cultural awareness,” Bonet said. “We’re excited to present ‘War & Hope’ virtually, because we are literally now offering the world the opportunity to experience this significant collection through our website, as well as participate in our supporting programming through ‘ArtServe Live’ that includes lectures, performing arts, film and discussions.”

“War & Hope” represents two generations of artists who have enjoyed long careers in contemporary visual art both within Syria and abroad. Some traveled to Europe and America, where they earned advanced degrees, while others returned to Syria, where they are still living and working. American and German expressionism thus influences much of the work on display.

“Their paintings are a grand testimony of human suffering and survival whether spiritual or physical, especially in times of war,” Khawam explained, adding that several of the artists who have returned to live in Syria serve as professors of art at Damascus University have influenced many of the new artists in the “War & Hope” exhibition.

A full slate of free “War & Hope” virtual events has been scheduled for “ArtServe Live.” All events are accessible via Facebook Live or Zoom on the ArtServe Facebook events page here:

An introduction to the "War & Hope" exhibition and lecture on Syrian American history and Syrian arts and culture contributions to the United States.

Screening of the documentary film entitled “The Arab American Experience,” followed by a Q&A session with the film's director, Abe Kasbo.

Beginning September 1, ArtServe will open for free in-person one-hour guided tours of “War & Hope,” for groups of fewer than 10 people and by pre-registration or appointment only.

The full “War & Hope” virtual exhibit will be available online 24/7 September 1 through October 30 through the ArtServe.org website or the ArtServe Facebook page. During the entire exhibit, ArtServe will also stream live gallery tours with curator Tony Khawam through its website, Instagram and Facebook.