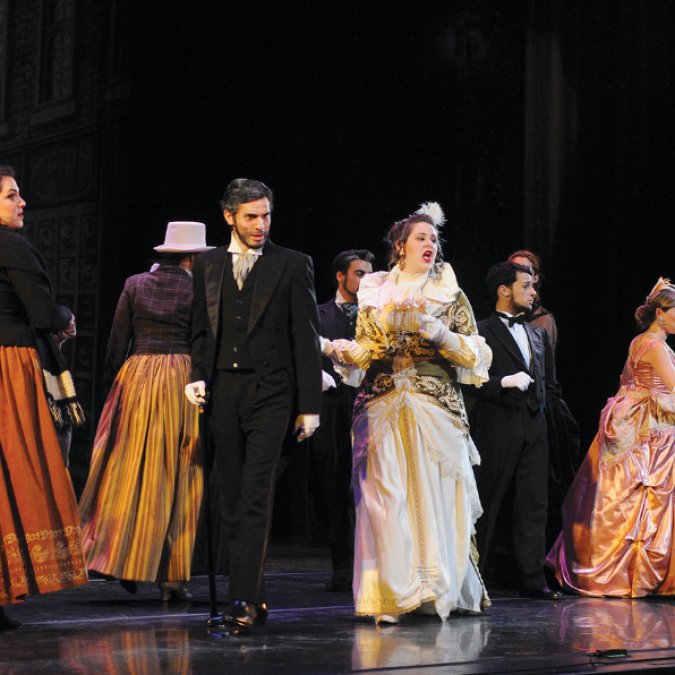 New World School of the Arts offers both High School and College programs that empower students to become national and international leaders in the arts, challenging them as they prepare for professional careers. Through rigorous work, academic achievement, personalized training and a curriculum that reflects vibrant multicultural worldviews, NWSA is at the forefront for the advancement of the arts, not only in Florida but also around the world. NWSA’s High School has recently been designated as a National Demonstration School by Magnet Schools of America, a distinction the school shares with just nine other schools in the entire United States.

With a notably stimulating presence in the arts community, NWSA has become one of the most coveted arts institutions in the nation. The work of the visual arts alumni can be found in the most prestigious art museums, galleries, private collections and venues, including Art Basel. The dance, music and theater alumni perform in world-renowned dance companies, symphony orchestras, lyric operas and concert halls across the nation. They shine on Broadway, leave their mark in Hollywood and grace the international stage with their outstanding work. Some noteworthy alumni accomplishments this year include Tarell McCraney’s Oscar for Best Adapted Screenplay for the film Moonlight, Alex Lacamoire’s third Tony Award for Dear Evan Hansen, and Michael Aronov’s first Tony Award for Oslo. While some continue to pursue higher academic degrees, many of NWSA’s alumni join the ranks of prestigious arts organizations or form their own arts institutions.

The following is an overview of the exciting and engaging artistic season NWSA has in store for the community:

New World School of the Arts

Music and Lyrics by Frank Loesser

With a plethora of concerts, recitals, plays and exhibitions, New World School of the Arts is an ideal entertainment option. By attending all of the school’s artistic offerings, not only will you enjoy New World School of the Arts, you will also become a supporter and champion of the arts in the thriving South Florida arts world. With relevant and captivating shows and performances that showcase the classics, as well as contemporary works, there’s no doubt that you will be captivated by the level of artistry and professionalism displayed by NWSA’s students on stage and in its galleries.

On a special note, the Alumni Art Auction, which was postponed due to Hurricane Irma, will now take place on Wednesday, November 1. The auction serves as an important fundraiser to help keep NWSA’s visual arts studios, Artseen, funded beyond the 2018 cut-off date: