The Bienes Center At St. Thomas Aquinas Fosters Love of the Arts in Youth 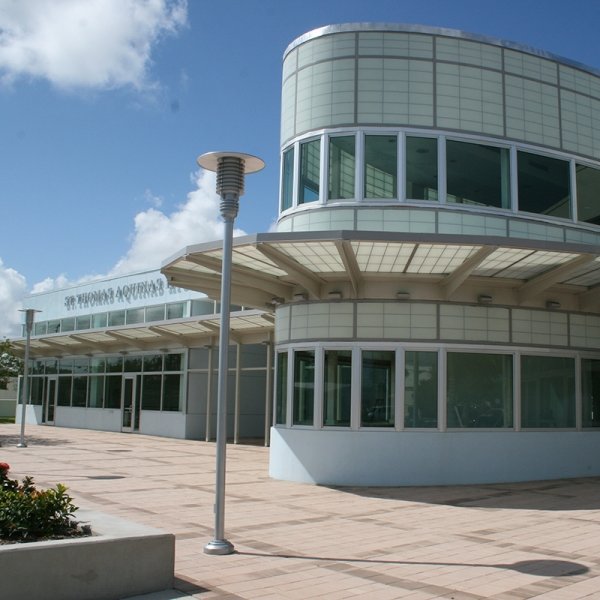 The Bienes Center for the Arts is a state of the art black box theater and performance center located on the campus of St. Thomas Aquinas High School in Ft Lauderdale. With a focus on performing arts education, the Center was founded to nurture and emphasize the arts for the students of St. Thomas Aquinas, as well as other schools and institutions in the area and the community at-large.

The St. Thomas Aquinas Fine Arts programs and classes utilize the Bienes Center facilities daily for lessons, classes, concerts, performances, master classes, exhibits and receptions. Programs include the Summer Theater Academy, open to students in grades 6--8. Many of the daily curriculum activities are based on the Florida State Thespian Competition standards. The program guides aspiring young actors through the musical theater experience: from auditions - to staging, choreography and vocals to culminate in a showcase performance at the end of each week. This program is appropriate for actors with previous musical theater experience as well as beginners. In addition to these programs, the Bienes Center offers an annual series of professional performances and events, which are open to the public as ticketed events. Students are always offered special pricing/admission options.

Highlights for 2017 performances include:

January 11, 7pm:
The season kicks-off with Hunter and Doe, featuring Stephanie Cadman & Aaron Levigne. The unique guitar playing and vocal agility of Aaron, combined with Stephanie's fierce, rhythmical footwork and her dynamic fiddle playing, make for an explosive duet that is breaking musical boundaries and giving birth to a new, electric, fusion of sound.

January 19, 7pm:
Jerry Seeger performs Demerits, Detentions & Dismissals, featuring the works of slam poet champion and teaching advocate, Taylor Mali. Whether it’s extolling the virtues of the profession or illustrating compassion for a student’s suffering, the teacher guides his “students” through the unexpected twists and turns of the classroom.

February 1, 7pm:
The world famous Glenn Miller Orchestra returns to the Bienes Center for what is sure to be another spectacular performance. Over sixty years since the public first embraced the successful Miller Sound, both the legend and the music live on. The Glenn Miller Orchestra is the most sought after big band in the world today. Still considered the greatest band of all time, its unique sound is loved by almost anybody that cares for music.

March 13, 7pm:
The Capitol Steps began as a group of Senate staffers who set out to satirize the very people and places that employed them. No matter who or what is in the headlines, you can bet the Capitol Steps will tackle both sides of the political spectrum and all things equally foolish.

April 11, 7pm:
The amazingly gifted Florida Grand Opera Young Artists take pride in their command of the Grand Operatic Tradition, as well as their mastery of the style and conventions of American Musical Theater. This Young Artists Showcase will highlight committed performances of some of the most arrestingly beautiful moments from both of these traditions, and will illustrate that they have more in common than we sometimes realize.

For more information on programs and performances, please visit www.bca-sta.org.