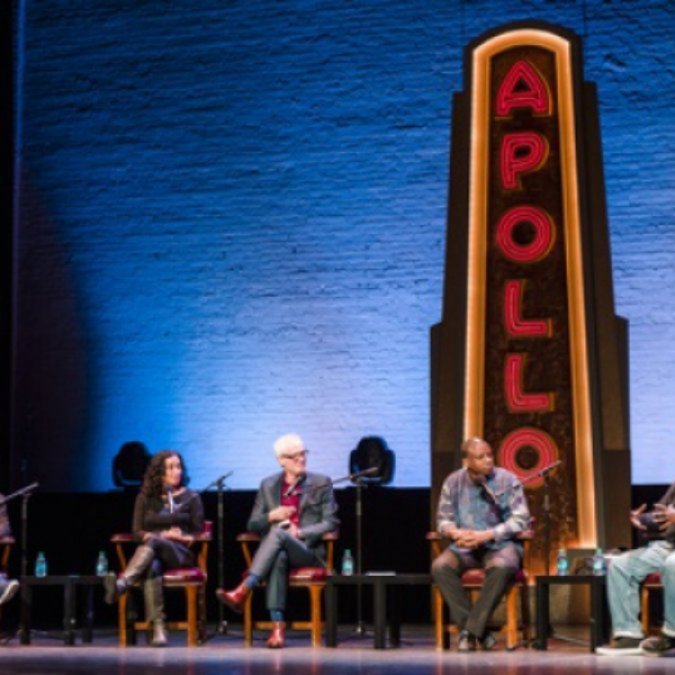 Returning as an in-person event, “MLK – Activism and the Arts” will this year be co-led by a roster of WNYC and WQXR hosts: Melissa Harris-Perry, host of WNYC Studios and PRX’s The Takeaway; WQXR host and author Terrance McKnight; Jami Floyd of WNYC’s Race and Justice Unit; Brian Lehrer, Host of WNYC’s Brian Lehrer Show; Alison Stewart, host of WNYC’s All of It; and Kai Wright, host of The United States of Anxiety. This year’s discussion will focus on how Dr. King leveraged the influence of artists in the civil rights movement and how that legacy of activism in the arts continues today. Focusing on the long-standing connection between activism and artistry, participants will discuss how the struggle for social justice affected icons from Nina Simone to John Legend and how they, in turn, helped drive the struggle for social justice.

“MLK - Activism and The Arts” will be broadcast on WNYC and PRX’s The Takeaway on the official Dr. Martin Luther King holiday Monday, January 17, 2022. The Takeaway airs weekdays at 9am on WNYC AM 820 and 3pm ET on WNYC 93.9 FM; check local listings for airtimes in other markets.

“I’m pleased to once again host WNYC’s annual MLK event — live at the historic Apollo theater — now as a full-time host at the station,” said Melissa Harris-Perry. “I'm particularly enthusiastic about our focus on the arts and activism. The generative creative energies that shaped the Civil Rights Movement of Dr. King's era continue to give life and bring meaning to the continuing struggle for racial justice. What venue is more appropriate to consider this undeniable power of the arts than the Apollo."

Howard Bryant, Sports Journalist/Author of “Full Dissidence” and “The Heritage”

“MLK - Activism and the Arts” will also include artistic presentations and performances. Gregory Hopkins will direct The Gathering Quartet in a preview performance from Joel Thompson’s oratorio Seven Last Words of the Unarmed, a powerful, multi-movement choral work honoring black men killed by police or by authority figures; this performance is an excerpt from The Gathering: A Collective Sonic Ring Shout which will debut at the Apollo in May. The event will also feature a video presentation by classical music curator Garrett McQueen on the history of activism by Pan-African musicians. Rappers Javier Gooden and JSWISS will close out the program with an electrifying tribute to black trailblazers.

Advance tickets, available starting on January 3, 2022 via www.ApolloTheater.org, are free and required for entry.