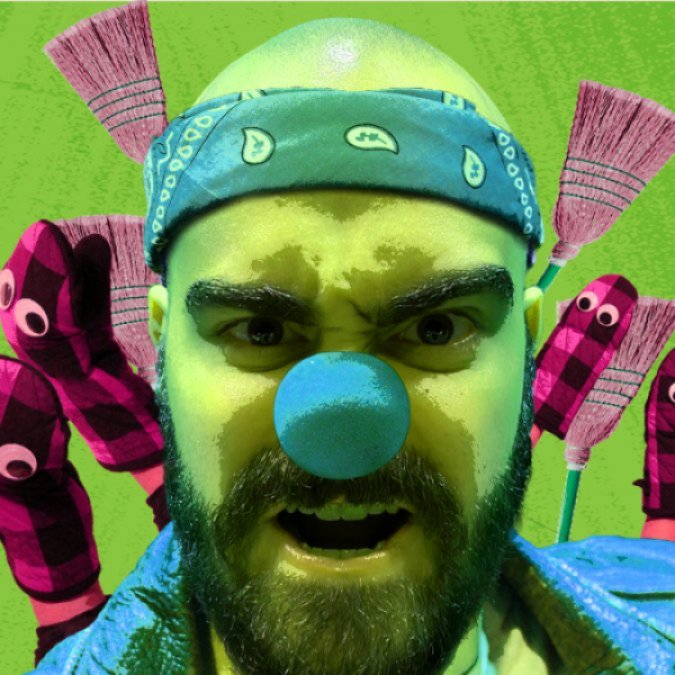 Start the new year off with an exciting theater experience! Area Stage Company has announced the safe and socially distanced return of their uproariously imaginative, critically acclaimed, professional production of Shrek the Musical.

Directed by Giancarlo Rodaz and performed by seven irrepressibly talented young actors, this dynamic production earned rave reviews and had audiences shrieking with laughter in its 2018 run. See what you missed when Shrek returns January 22nd through the 31st at Area Stage Company’s brand new Outdoor Theatre in the heart of Sunset Place.

Rodaz’s intimate, inventively low-tech version of the Broadway musical, based on the 2001 Dreamworks animated hit, with score by Jeanine Tesori and book and lyrics by David Lindsay-Abaire, was universally praised by critics. “Imagination substitutes for big budget in delightful Shrek,” proclaimed veteran theatre critic Bill Hirschman in Florida Theater On Stage , who praised “the energy, enthusiasm, imagination, and sheer talent of everyone involved” resulting in “a production often more delightful, charming and occasionally even more touching” than the $24 million 2008 Broadway original.

“Versatile, energetic, convincing and charming,”  wrote Aaron Krause in Theatrical Musings. “There’s a sense of community swirling around this make-believe world.” BroadwayWorld.com proclaimed “What's been done on the stage of Area Stage Company is not just a re-imagining, but redefining of one of this generation's most well-known stories.”

Duerr, Montoto, and Hagos pull double duty, serving as keyboardist, guitarist, and ukulele player for the production respectively. They are supported by stellar musician Ryan Hecker on drums. Additional musicians will be announced at a later date.

A smartly ironic fairy-tale with a self-aware heart, this Shrek is guaranteed to captivate everyone from theater-loving adults to savvy teens to cartoon fan kids.