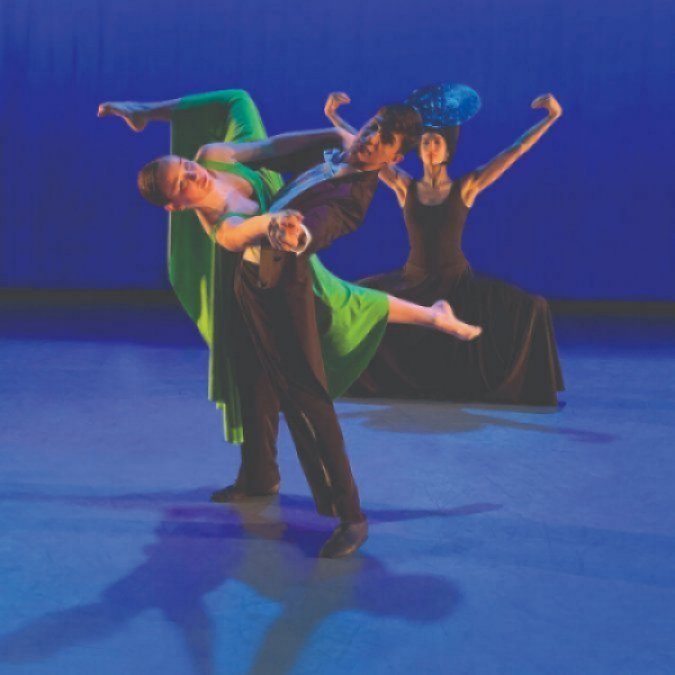 The Spotlight Shines on New World School of the Arts as Students Showcase Artistry in Motion.

The Rising Stars Exhibition, The Condition of Being Oneself, kicks off the showcase featuring a wide range of artwork created by the college and high school students of the prestigious New World School of the Arts in downtown Miami. The themes of this show are the self, the uniqueness of every person, and the viewpoint of the artist. In approaching their work for this exhibition, visual arts students will focus on something that they bring to their work that is particular to themselves, or the way in which they see the world. Whether it is a painting, a sculpture, a photograph, a film or a design, it is the artist’s singular vision and being that serves as inspiration to make the work unique. 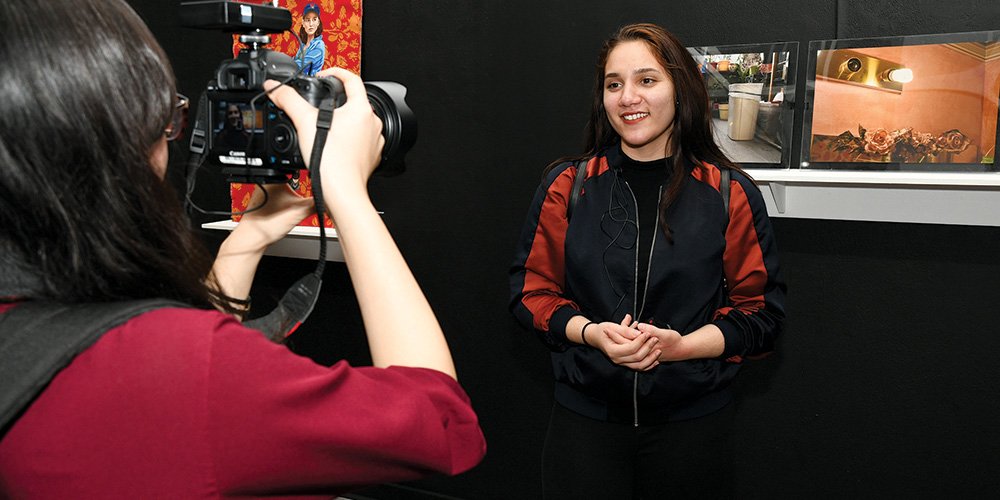 Just blocks away, at the historic Olympia Theater, NWSA continues an evening of artistic showings with excerpts of renowned works in dance, music and theater that will capture the artistic heart and soul of the audience. Presenting an excerpt from Paul Taylor’s dynamic masterpiece work, Cloven Kingdom, with a men’s quartet that is athletic, witty, and powerful, the dance is set to the music of Arcangelo Corelli along with driving percussion. First performed in 1976, NY Times critic Anna Kisselgoff said, “The choreography for Cloven Kingdom is breathlessly virtuosity – keeping his dancers on the move, Mr. Taylor has created some of the most difficult dancing around.” Robert Battle’s soaring work, Channels, will be performed by the NWSA college dancers. This rich and lyrical work is set to a score of Brahms lieder, and it is both powerful and uplifting. The NY Times critic Roslyn Sulcas described this choreography as “a lyrical, fast-flowing dance” with “lush amplitude and expansive ardor.” Robert Battle, an alumnus of New World School of the Arts, currently serves as the Artistic Director of the world-famous Alvin Ailey American Dance Theater Company. Jennifer Archibald, Artistic Director of the Arch Dance Company, has created a dramatic and exciting new work, as yet untitled, to be presented during Rising Stars by select NWSA college dancers. 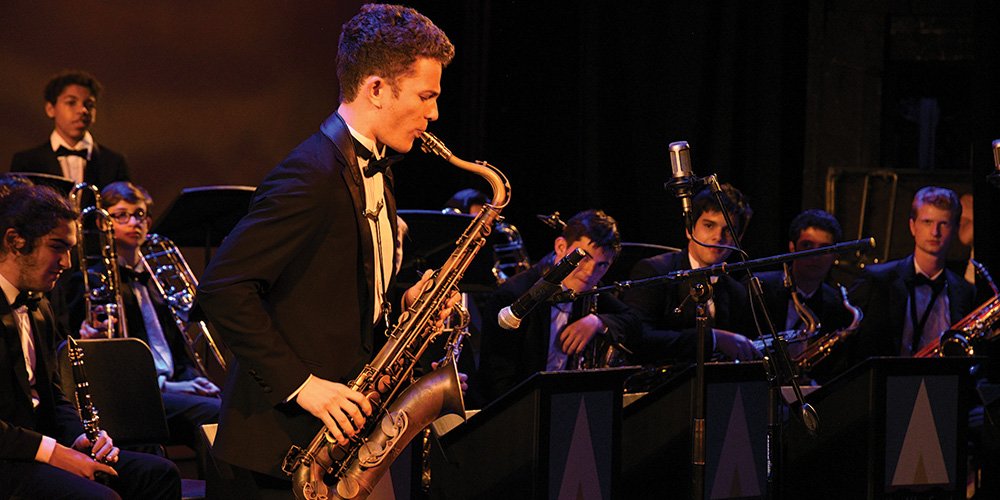 Meanwhile, the NWSA music division has beautifully crafted an inclusive evening highlighting the different disciplines of the program. Performing Dmitri Shostakovich’s Festive Overture, the NWSA Symphony Orchestra, under the baton of Maestro Alfred Gershfeld, will offer this fast-paced, energetic work. Written in a matter of days at the request of Bolshoi theater conductor Vassili Nebolsin in 1947, based on Glinka’s Ruslan and Ludmilla overture, the piece invites all the members of the orchestra to play with vigor and excitement beginning with a grand brass fanfare. Continuing the evening is the NWSA Choir under the direction of Alan Denning, performing Dan Forrest’s Entreat Me Not to Leave You. A moving work with a powerful message based on Ruth’s pleas from Scripture is sung a cappella and highlights the ensemble’s pure sound. Under Jim Gasior’s energetic direction, the NWSA High School Jazz Ensemble will welcome the second half of the program with A Tone Parallel to Harlem by Duke Ellington. Commissioned by conductor Arturo Toscannini in 1950, the work was actually directed by Ellington himself and recorded for his Ellington Uptown album. The live premiere was at a benefit concert at the Metropolitan Opera House in 1951 and it was performed by the symphony orchestra in Carnegie Hall in 1955. Since then, major symphony orchestras around the world have performed and recorded the work, bringing incredible attention to it. The NWSA Wind Ensemble, led by Brent Mounger, will interpret John Mackey’s exhilarating symphony for band, Wine-Dark Sea (2014), based on the Greek heroic poem, The Odyssey. The piece tells the musical tale of Odysseus and his voyages through war, sacrifice, and the epic consequences of the hubris as Zeus strikes him down. Odysseus must travel through pain and anguish against time and the “gauntlet beyond the edge of the world” as Mackey describes the section, besieged by the dead to return home! This spectacular work for wind ensemble will keep guests on the edge of their seats from the first sounds until the dramatic finale. 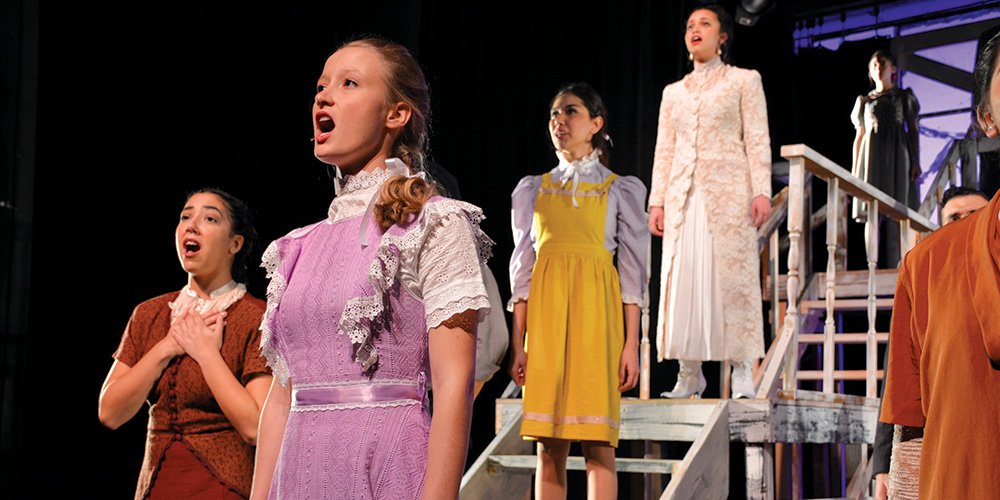 With scenes from award-winning musicals including the heartwarming Side Show, with book and lyrics by Bill Russell and music by Henry Krieger, NWSA faculty Matthew Buffalo will direct the cast of high school theater students in a story of love beyond the superficial. “On the surface, Side Show can be seen as a musical about the love of two sisters and the fascinating world of the freak shows of the past. After taking a closer look at the core of the musical, one will find a beautiful story of acceptance,” said the director about the play that brought to the stage the remarkable lives of entertainers and conjoined twins Daisy and Violet Hilton. An excerpt from the Broadway musical Parade will showcase the talent of the college students, under the direction of new NWSA theater faculty Sam Osheroff, in the timely 1913 story of Leon Frank. With book by Alfred Uhry, and music and lyrics by Jason Robert Brown, this musical will take the audience back to a time of racial and cultural divide while helping an unlikely marriage find its way back to love. Sprinkled throughout the program, the graduating college theater seniors will delight the audience once more with vibrant and captivating monologue excerpts sure to surprise Rising Stars enthusiasts of all ages… as per tradition!