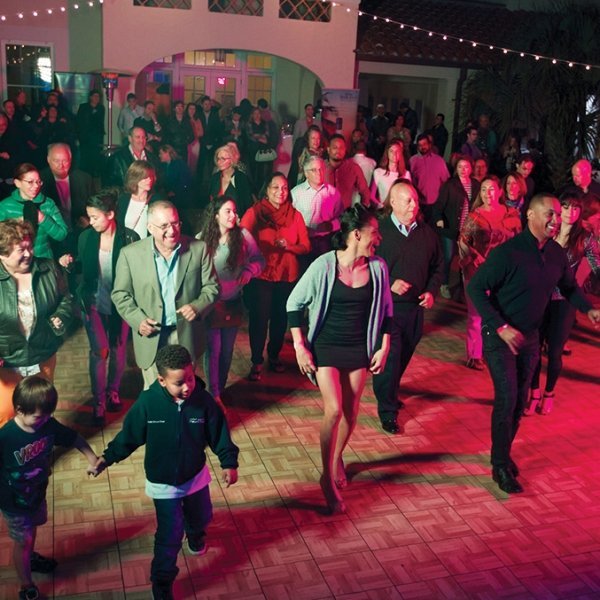 For all you romantics out there, how about a night of tango under the stars in the gardens of a historic Mediterranean-style mansion? The Little Havana Social Club is hosting a Valentine’s Day Milonga, featuring the Argot Tango Quintet, at Miami Dade College’s Koubek Center, a revitalized mansion and historic landmark in South Florida.

This event is part of the Little Havana Social Club, an extraordinary monthly social dance series presented by the Koubek Center. Each event in the series features a pre-concert dance lesson, live band and DJ sets—all on a moonlit dance floor in the mansion’s gardens. Specialty food and cocktail vendors add to the night’s flavor and serve to spark extra mixing and mingling. Next up in the Little Havana Social Club series: Puerto Rican Bomba and Plena music, with Plena Es, on March 25; and Afro-Colombian Rhythms by Herencia de Timbiqui, on April 22. So polish your shoes and see you on the dance floor!

The tale behind the origins of the Koubek Center itself is quite romantic. The mansion was built by an Austrian trader in the 1920s as a gift to his beloved wife. It was later donated for the enrichment of its surrounding community, and today, the Center —su casa de cultura— stands as an intellectual, cultural, and community hub in the heart of Little Havana. In addition to hosting the Little Havana Social Club, the Koubek Center also hosts theater performances, art exhibitions, literary readings, family events and workshops.