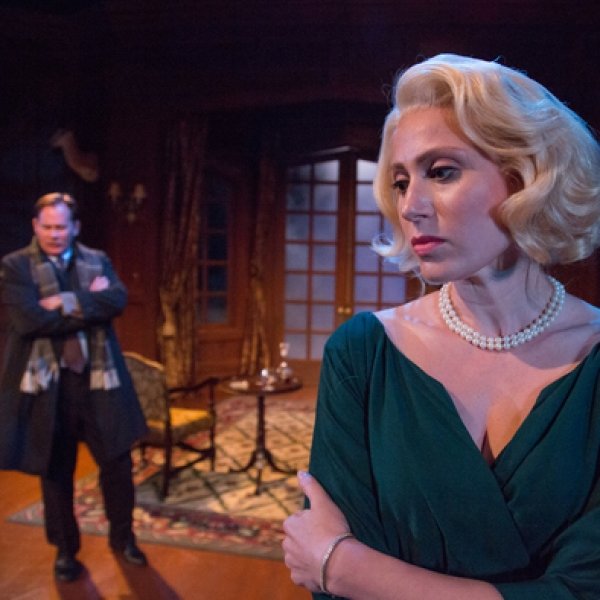 Florida Repertory Theatre, recently called "one of the top regional troupes in the United States" by The Wall Street Journal, has revealed its 2016-2017 Season in the Historic Arcade Theatre and ArtStage Studio Theatre. Running October 7th to May 14th, the season includes Agatha Christie's most famous whodunit, a Tony-winning musical, multiple comedies, an American classic, a world-premiere, and more!

"Florida Rep prides itself on producing a wide variety, and we are especially excited about that variety next season," said Producing Artistic Director, Robert Cacioppo. "There are comedies for those who want to laugh, dramas for those who want to be challenged, and for the first time in a few years, a musical on the Arcade Theatre stage. This line-up will also showcase the variety in our ensemble of actors, directors, and designers, with so many stories to bring to life through the year. This is not a season to be missed."

Florida Rep's 19th Season is once again full of laughter and compelling storytelling, and it features a wide variety of comedies, dramas, new works, and a musical across two unique venues. Subscriptions are on sale now and start as low as $150 (for 6 plays), and offer the best seats and biggest savings (up to 43% off). Packages are available that work for any budget or any schedule. New and renewing subscribers must call before May 30th in order to secure their seats. Priced at $52/$45 and $32/$25 for previews, single tickets for the new season will go on sale July 14th.

by Allison Engel and Margaret Engel
OCT 7–NOV 6, 2016 • Previews: Oct 4–6
In the ArtStage Studio Theatre
A Witty & Hilarious South Eastern Premiere! Discover the Story Behind the Award-Winning Humorist! “Full of wit and wisdom of the woman herself!” –DC Theatre Scene

OVER THE RIVER AND THROUGH THE WOODS

by Joe DiPietro • OCT 28–NOV 16, 2016 • Previews: Oct. 25–27
In the Historic Arcade Theatre
A Hilarious and Warm-Hearted Family Fiasco from the author of "I Love You, You’re Perfect, Now Change"! See what happens when Nick, a single Italian-American, has to tell his doting grandparents he’s moving across the country!

THE BEST OF ENEMIES

by Mark St. Germain • NOV 18–DEC 18, 2016 • Previews: Nov 15–17
In the ArtStage Studio Theatre
A Gripping & Electrifying True Story from the author of the Florida Rep Hit, "Camping with Henry and Tom"! A Stirring New Play that Exposes the Poison of Prejudice and the Beauty of Friendship!

THE HOUSE OF BLUE LEAVES

by Paul Pörtner • JAN 20–MAR 12 • Previews: Jan 17–19
In the ArtStage Studio Theatre
Seen by Over 11-Million People! America’s Favorite Comedy Whodunit! Keeps audiences laughing as they try to outwit the suspects and catch the killer!

Harper Lee’s TO KILL A MOCKINGBIRD

A WORLD PREMIERE: To Be Announced this Summer

APR 14 – MAY 14 • Previews: Apr. 11–13 • In the ArtStage Studio Theatre
Be the First Audiences in America to see An Amazing New Play! Florida Rep promises a new play that will thrill and delight to close the 2017 Season!