The Phillip and Patricia Frost Museum of Science (Frost Science) presents it's latest special exhibition, Pterosaurs: Flight in the Age of Dinosaurs starting May 15th!

Presented by Nicklaus Children’s Hospital and organized by the American Museum of Natural History in New York, the exhibition will be on view through Monday, September 6, 2021. The largest exhibition about these flying reptiles ever mounted in the United States, Pterosaurs highlights research by scientists and leading paleontologists around the world and features rare pterosaur fossil casts from Italy, Germany, China, the United States, the United Kingdom and Brazil. The exhibition includes life-size models, captivating videos and interactive exhibits that immerse visitors in the mechanics of pterosaur flight, including a motion sensor-based interactive that allows you to use your body to “pilot” two species of pterosaurs through virtual prehistoric landscapes. 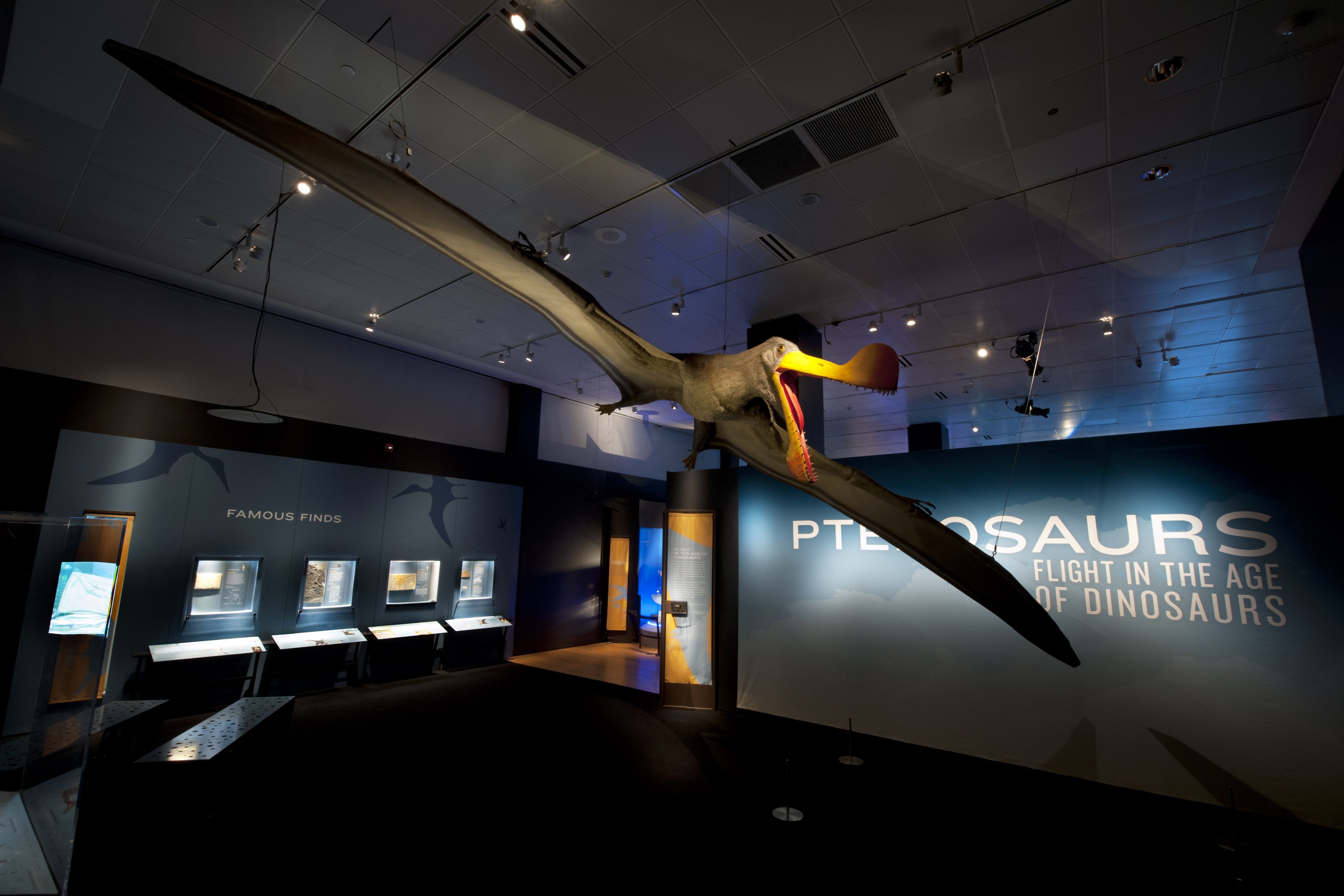 For as long as dinosaurs walked the Earth, flying animals called pterosaurs ruled the skies. They ranged from the size of a sparrow to that of a two-seater plane. Close relatives of dinosaurs, these extraordinary winged reptiles — the first back-boned animals to evolve powered flight, and the only vertebrates to develop this ability besides birds and bats — are the focus of the intriguing exhibition. The exhibition features dozens of casts and replicas of fossils from the American Museum of Natural History collection and from museums around the world, including the cast remains of an unknown species of giant pterosaur unearthed in Romania in 2012 by scientists working in association with the American Museum of Natural History.

Despite popular misconceptions, pterosaurs were not dinosaurs, although the two groups are closely related. In fact, these flying reptiles were the first vertebrate animals to evolve powered flight, diversifying into more than 150 species of all shapes and sizes spreading across the planet over a period of 150 million years until they went extinct 66 million years ago.

-Fly Like a Pterosaur - visitors can “pilot” two species of flying pterosaurs over prehistoric landscapes complete with forest, sea and volcano in a whole-body interactive exhibit that uses motion-sensing technology.

-“Adapted for Flight''- visitors can view a short film offering a look at the basic principles of pterosaur flight and aerodynamics. 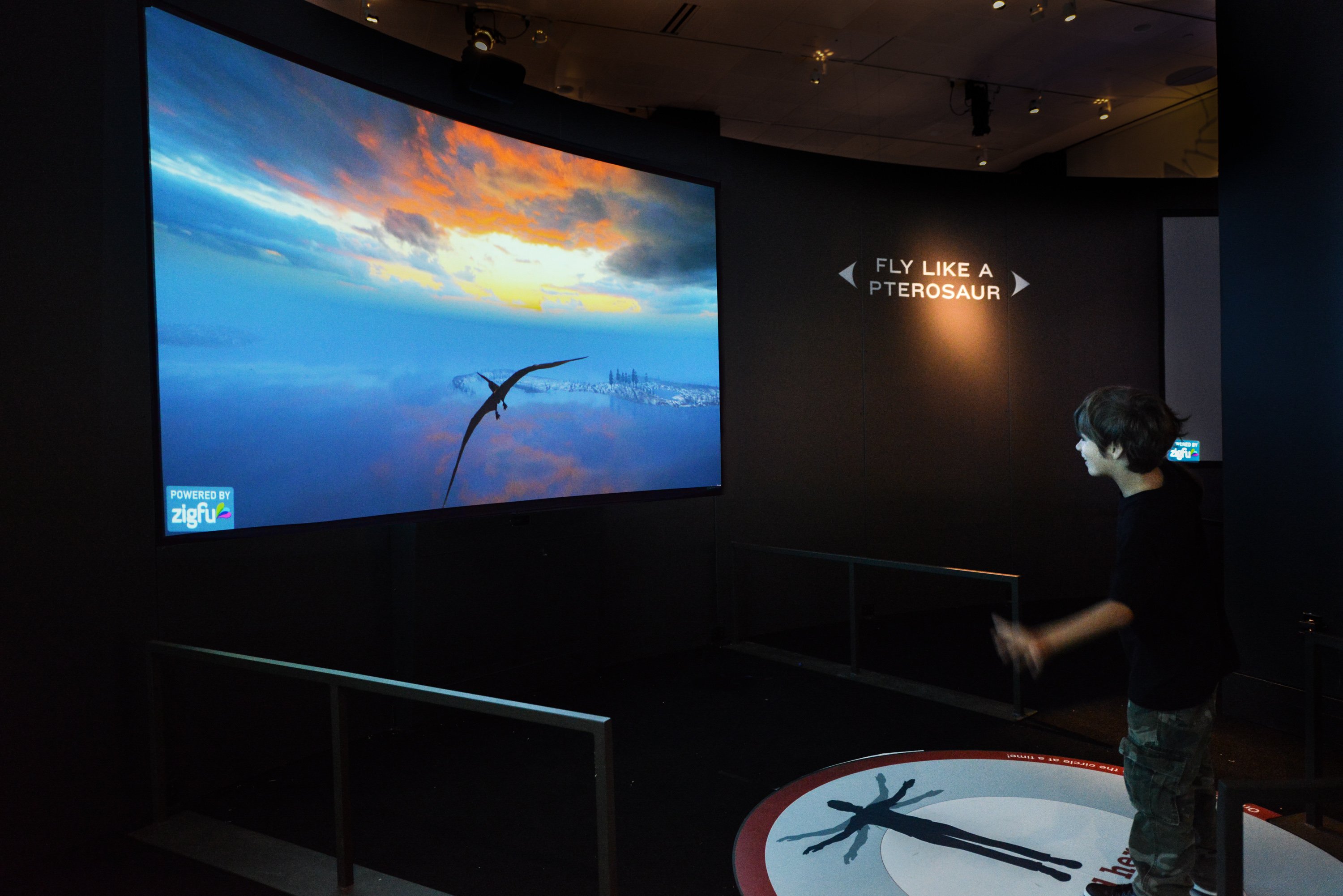 Visitors will encounter a variation of pterosaurs from pint-size to truly gargantuan through full-size models including the colossal Tropeognathus mesembrinus, with a wingspan of more than 25 feet, soaring overhead and the sparrow-size Nemicolopterus crypticus, with a wingspan of 10 inches, to a full-size model of a 33-foot-wingspan Quetzalcoatlus northropi—the largest pterosaur species known to date.

Several exhibits break down the fossilization process to show how the composition of pterosaur bones affects their potential for preservation. Visitors will also find out about conditions that produce particularly valuable fossils and view a cast of an exquisitely preserved three-dimensional fossil of Anhanguera santanae.