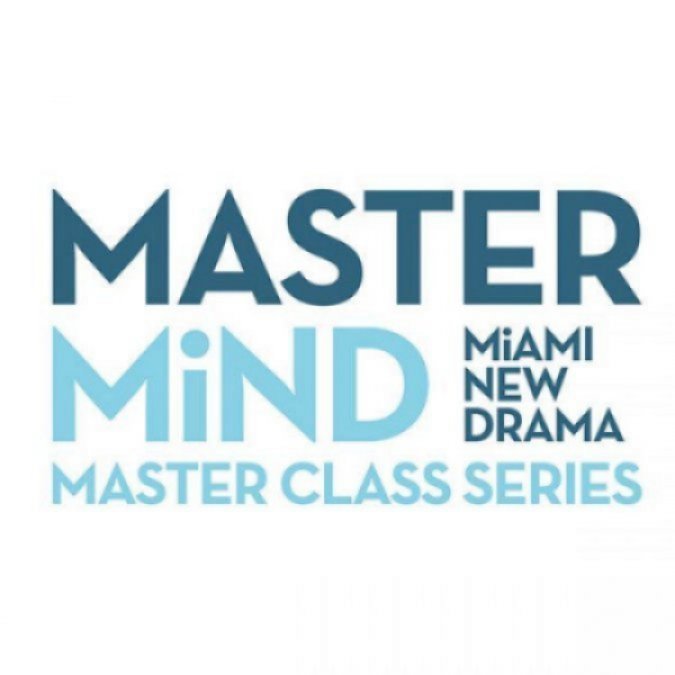 Get the most out of your time at home! Miami New Drama are continually finding new ways to expand their educational programming. They launched a new NEW and FREE program: MasterMiND Master Class Series. Register for free digital sessions being offered by their expansive network of award-winning artists!

Aurin Squire is a playwright, reporter, and tv writer from South Florida. He is a New Dramatists resident playwright, as well as a member of the Dramatists Guild of America and the Writers Guild of America. In 2017, he won the Helen Merrill Prize for Emerging Writers and was nominated by the WGA for his TV work. His plays have been produced in New York, London, Los Angeles, and Chicago. His play Fire Season was an Emerald Prize winner and received its world premiere at Seattle Public Theatre in January 2019. In TV, Squire was a staff writer on the CBS political comedy Brain Dead and story editor on the NBC drama This is Us. Currently, he is a co-producer on the CBS legal drama The Good Fight and Evil. He graduated from The Juilliard School and Northwestern University. He is the book writer for A Wonderful World and co-author of Confessions of a Cocaine Cowboy.

On Tuesday, March 31 From 3:00 p.m. to 5:00 p.m. join Peter Romano and Brynne McManimie looking at an actor's approach to American Master Playwrights from Tennessee Williams to Sara Ruhl.

Peter Romano is a Syrian-American Actor, Director, Musician and Teaching-Artist. Peter holds a BFA from NYU: Tisch, and earned his MFA in Acting from Columbia University. He has taught Acting at many training programs such as New York Conservatory for Dramatic Arts, Columbia University and currently teaches for Hunter College. As an actor, he has worked internationally, on the African tour of Antigone in the World, and regionally in the American Premiere of Terror (Miami New Drama) both directed by Tony award winner Gregory Mosher. Off-Broadway: Fucking A (Signature Theatre), Othello, A Midsummer Night's Dream (CSC) Yasmina's Necklace (Premiere Stages). Film/TV: "New Amsterdam" (NBC) “The Blacklist” (NBC) “The Week Of” with Adam Sandler (Netflix). Peter is the creator of the web series “The New Neighborhood."

Brynne McManimie is an actor, producer, editor, and teaching artist. She has an MFA in Acting from Columbia University, and a BA in Theatre from Cal State Fullerton. NY Theatre: Othello (Classic Stage Company), Twelfth Night (Four Words Theatre Co.). TV/Film: The Mysteries of Laura, Elementary, and Bull. She has produced and edited two web series, Small Parts, and The New Neighborhood, both of which have been accepted into many film festivals, and have been nominated for several awards. She recently produced a short film entitled Lessons From My Father which is currently in post-production. In addition to acting and filmmaking, she teaches music, acting and Shakespeare to students age 5-18, all over New York City. She is a proud member of AEA and SAG-AFTRA.

Christopher Renshaw has directed operas, plays, and musicals all over the world and most recently directed A Wonderful World with Miami New Drama. In the West End he directed Hayley and Juliet Mills in Noel Coward’s Fallen Angels, Sir Brian Rix in Dry Rot, a television production of Ruddigore with Vincent Price, and Cafe Puccini, produced by Andrew Lloyd Webber and Cameron Mackintosh. Christopher’s Broadway production of The King and I won four Tony Awards. He himself won the Drama Desk Award and was nominated for a Tony for Best Director. His production of Queen’s We Will Rock You played in London for 12 years and Taboo, which he co-conceived with Boy George, has played London twice and on Broadway. Other recent productions include The Gipsy Kings’ Zorro, Pure Imagination, Dr. Dolittle, and Carmen La Cubana, which he directed, conceived. Carmen la Cubana has so far played in London, Paris, Amsterdam, Shanghai and Berlin. Christopher makes his home in Miami Beach.